The ASUS Vivobook 13 Slate OLED puts emphasis on display quality, offering a variety of features that’ll make the slate a nice option for digital artists, graphic designers, video professionals, and others who need to get work done while away from the office. The 13.3-inch OLED Dolby Vision panel offers Full HD resolution, 500 nits of brightness, a 1,000,000:1 contrast ratio, 1.07 billion colors, 100-percent DCI-3 color gamut, a 0.2ms response time, and it is VESA DisplayHDR True Black 500 certified.

PANTONE validation offers what ASUS claims is “cinema-like” visual quality paired with a quad-speaker Dolby Atmos audio system featuring a smart amplifier. Under the hood, meanwhile, buyers will get up to a 3.3GHz quad-core Intel processor, Intel UHD Graphics, up to 32GB of memory, up to 256GB M.2 NVM3 PCIe 3.0 SSD storage, and an integrated microphone array. 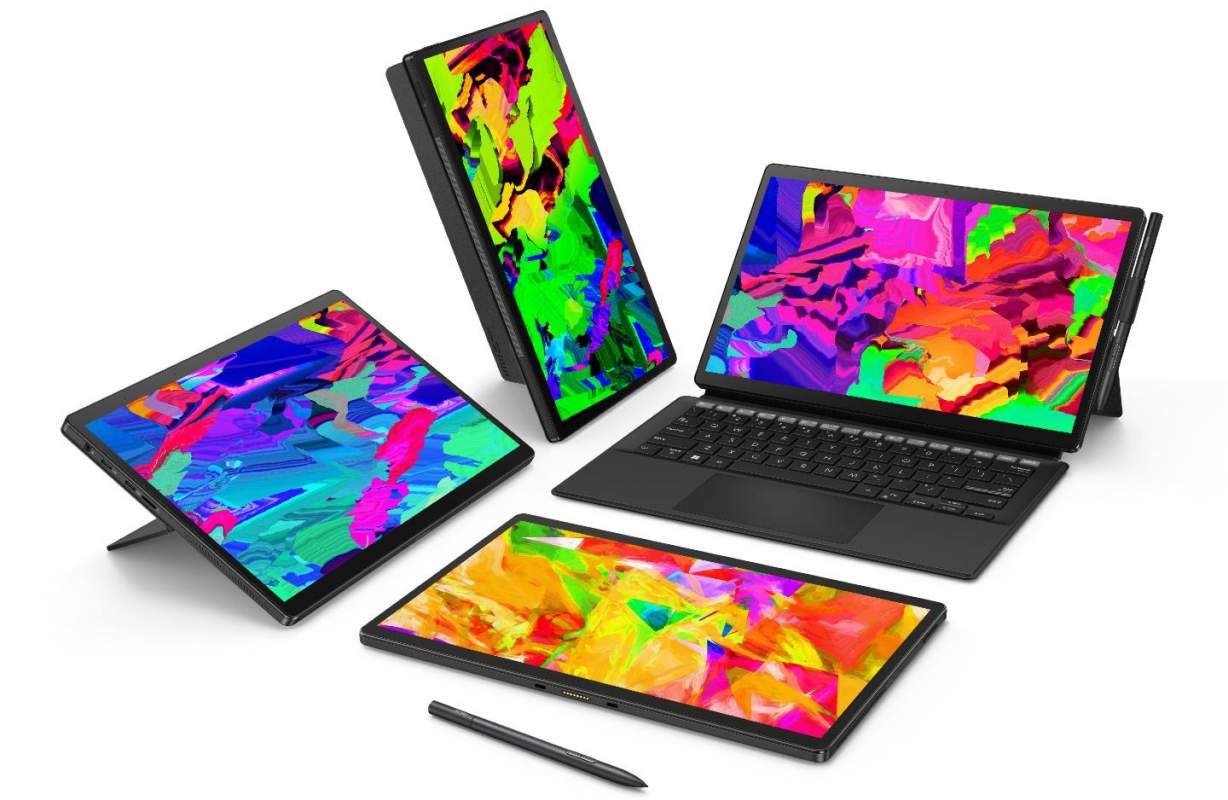 Connectivity, meanwhile, is about what consumers would expect from a detachable slate: there are two USB 3.2 Gen 2 Type-C ports, which means they can deliver power and connect with displays, as well as a standard 3.5mm audio jack and a micro SD card reader.

Other features 802.11ac WiFi, Bluetooth 5.0, a 50WHrs battery, a rear-facing 13-megapixel camera and a 5-megapixel front-facing camera, plus the detachable soft keyboard featuring 1.4mm of key travel. The slate is paired with the ASUS Pen 2.0 stylus offering 4096 pressure levels, USB-C charging, and a 266Hz sampling rate. 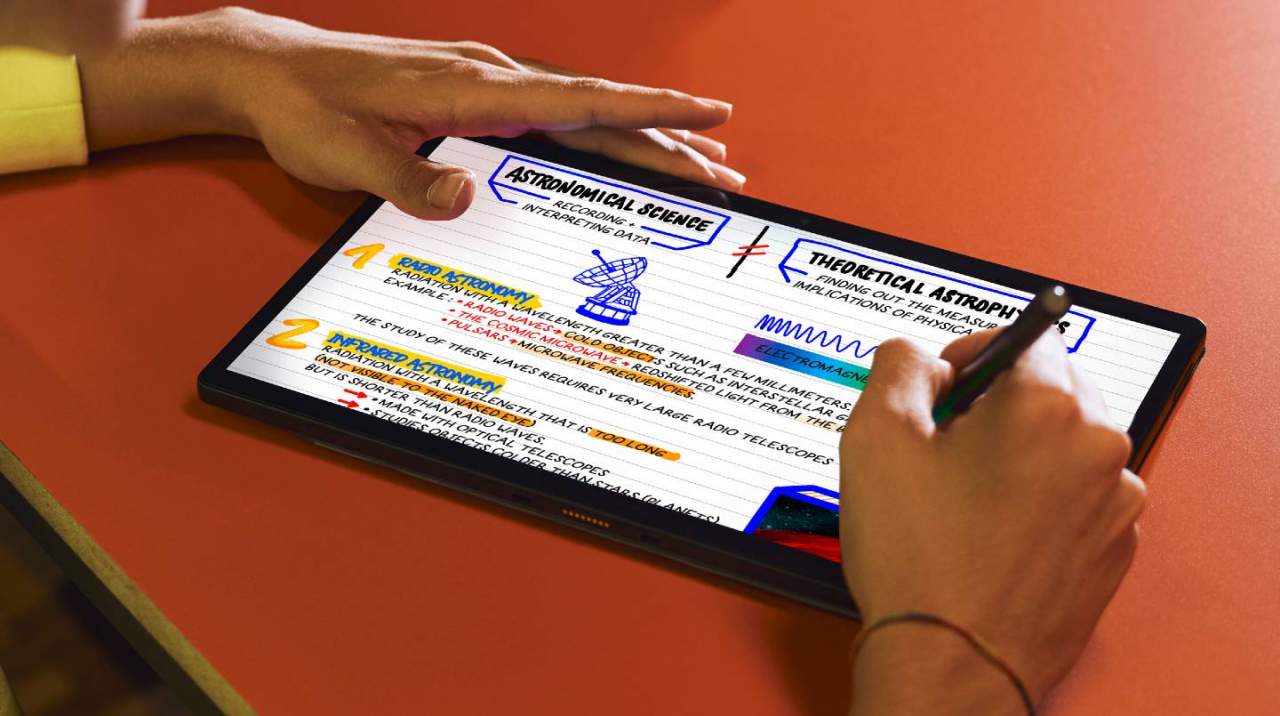 ASUS includes four interchangeable pen tips with the stylus with different textures: 2H, H, HB, and B. This is paired with 170-degrees of hinge movement for adjusting the display to meet specific needs.

Rounding out the detachable model is a fingerprint sensor built into the power button for quickly logging into Windows, support for rapid charging to 60-percent battery in 39 minutes, and a large touchpad size at 128mm x 64mm. 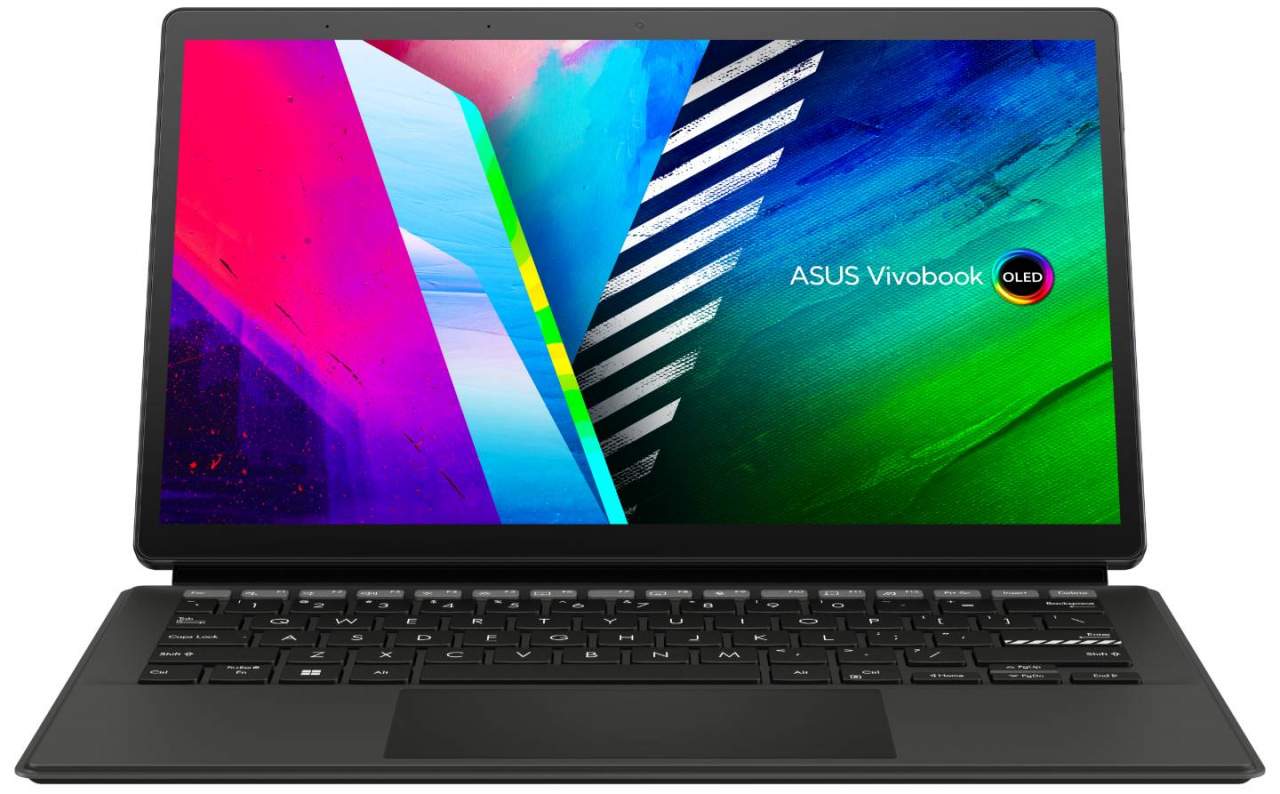 The combination of high-quality display, audio system, and stylus makes the Vivobook 13 Slate OLED an excellent model for visual professionals, though ASUS plans to take that up a notch by releasing more tailored editions of the Vivobook model next year. These editions will include two versions designed specifically for artists, though it seems the variants may revolve around unique themes rather than any notable hardware changes.

Though detachable slates aren’t typically great alternatives to laptops for users who spend a substantial amount of time typing, ASUS took steps to make the Vivobook’s keyboard useful for those times users may need to type a report or essay. The detachable keyboard is full size with each key spaced 19.05mm apart; this is, the company notes, the same distance found on an ordinary desktop keyboard. As well, the company used dished keycaps for what it says is increased comfort while typing.

The ASUS Vivobook 13 Slate OLED model will be available in North America starting in December. The company hasn’t yet released pricing information for the model.