ASUS’ upcoming convertible touchscreen tablet netbook, the ASUS Eee PC T91, has cleared the FCC, paving the way for a US launch.  Unlike some filings, the T91’s does not include internal shots – which have, for previous devices, given modders an idea of how customizable the products will be.

The T91 has an 8.9-inch 1024 x 600 display that can be rotated and folded flat onto the keyboard so as to leave the netbook as a slate.  ASUS have developed a custom touch interface that sits on top of Windows XP; you can see a video demo of it here. 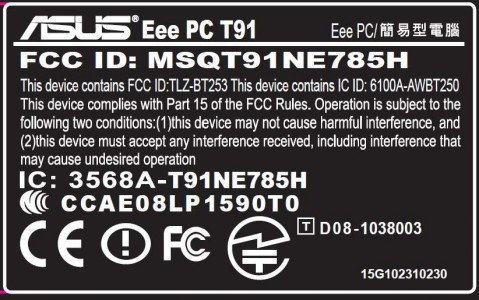