PC gamers are on the receiving end of a new monitor ASUS has revealed at CES, the ROG SWIFT PG278Q monitor. According to the company, this is the first WQHD-resolution monitor that uses NVIDIA’s G-SYNC technology, and along with that comes a very high refresh rate and some other perks aimed just at gamers. We’ve got a run down of all the details for you after the jump.

The ASUS Republic of Gamers SWIFT PG278Q monitor offers a resolution of 2560 x 1440, as well as a refresh rate of 120+ Hz and a 1ms response time. Such already makes the monitor a notable offering for the gamers among us, but takes it a step further by offering NVIDIA G-SYNC technology, making this the first display with such a resolution to do so. ASUS also tosses its own GamePlus technology into the mix.

With GamePlus, the monitor offers an OSD overlay for enabling crosshairs and a timer feature on the monitor. There are a few different crosshair varieties available to choose from, allowing the gamer to pick the best one for the game. The timer functionality, meanwhile, allows real-time strategy game time tracking, the combination of which (both crosshair and timer) is said to help gamers boost their gaming skills and get practice in.

The display itself measures in at 27-inches, and the bezel is noticeably thin at 6mm, allowing it to be implemented as part of a multi-monitor setup without hassle. There’s 16.7 million colors, a brightness of 350cd/m2, and a pixel pitch of 0.233mm. The connectivity options are comprised of 1 DisplayPort 1.2, as well as a couple of USB 3.0 ports. The stand has a +20 ~ 5 degree tilt, as well as generous pivot, swivel, and height adjustment. 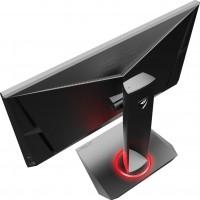 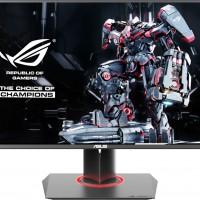 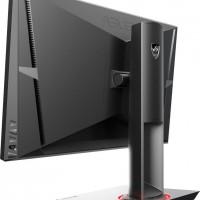 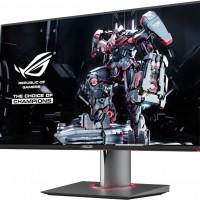 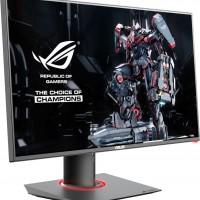