Astrophysicists detect light coming from behind a black hole

Astrophysicists from Stanford have reported the first detection of light coming from behind a black hole. The detection of light fulfills a prediction made by Einstein’s theory of general relativity. Researchers observed a series of bright flares of x-rays, which weren’t unexpected. What was unexpected was that the telescopes recorded additional flashes of x-rays that were smaller, later, and of different “colors” than the bright flares initially observed.

The researchers theorize that these luminous echoes are consistent with x-rays reflected from behind the black hole. Stanford University astrophysicist Dan Wilkins says light that goes into a black hole doesn’t come out, so we shouldn’t see anything that’s behind it. Walkins says the reason we’re able to see the x-rays from behind is because the black hole is warping space, bending light, and twisting magnetic fields around itself.

As material falls into a supermassive black hole, it creates some of the brightest continuous sources of light in the universe. As the light is created, it forms a corona around the black hole. Researchers note that the light is x-ray light and can be analyzed to map and characterize a black hole. The leading theory for what a corona is has to do with gas sliding into the black hole where it superheats to millions of degrees. 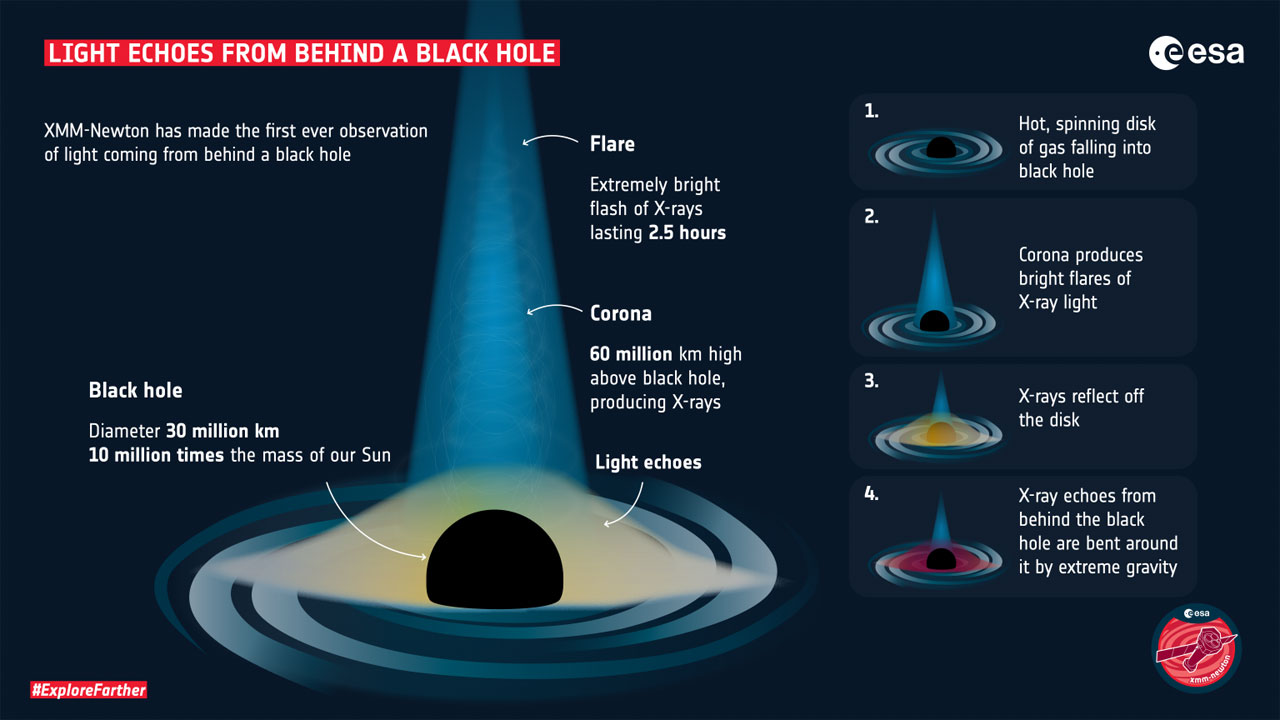