Astronomers take the highest-resolution measurements of asteroid surface temperature ever

An observatory in Chile has succeeded in taking the highest resolution measurements of the surface temperature of an asteroid ever obtained from Earth. The asteroid they measured is Psyche, which is the target of an upcoming NASA mission. NASA has announced that it will visit Psyche in 2026, and the new temperature readings will provide insight into the asteroid’s surface properties.

Astronomers on the study say their surface temperature measurements are a step towards solving the mystery of the origins of the unusual object. Some believe that Psyche might be the core of a failed proto-planet. Psyche orbits the sun in the asteroid belt, a region of space between the Earth and Jupiter.

The asteroid belt is packed with more than a million rocky bodies ranging in diameter from 10 meters to 946 kilometers. Psyche is the largest M-Type asteroid in the belt, with a diameter of more than 200 kilometers. M-Type asteroids are thought to be metal-rich and potentially fragments of the core of proto-planets that broke up as the solar system developed.

Typically, thermal observations of such small and distant objects from Earth are a significant challenge. These observations measure light emitted by the object rather than light from the sun reflected off the object in infrared wavelengths. The technique can produce one-pixel images of asteroids, but that single pixel can reveal significant information. 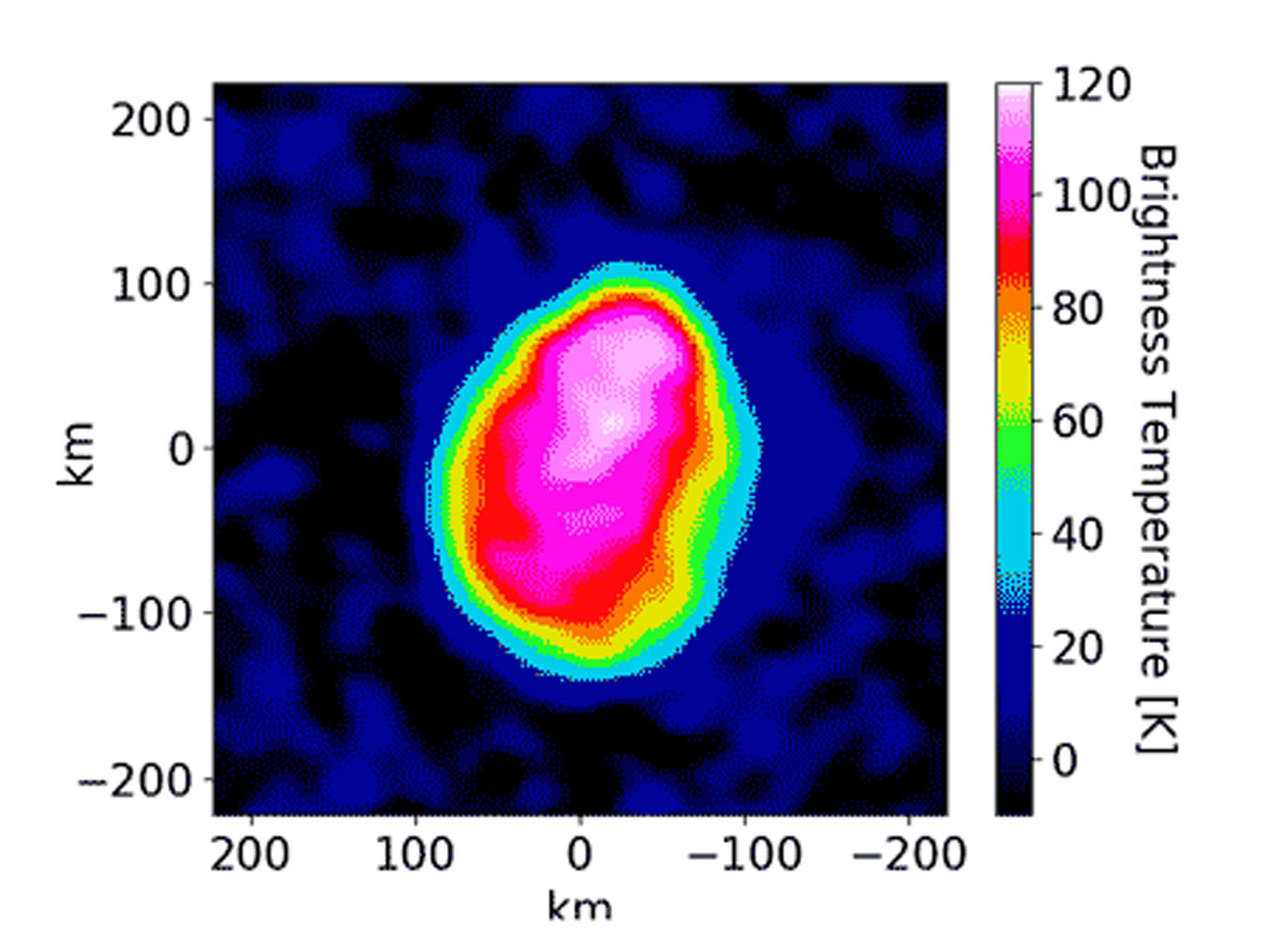 Astronomers can use the information to study the thermal inertia of the asteroid, which is how fast it heats up in sunlight and cools down in darkness. Low thermal inertia is typically associated with layers of dust, while high thermal inertia could indicate rocks on the surface. The researchers used ALMA in Chile, which is an array of 66 radio telescopes to map thermal emissions of the entire surface of Psyche at a resolution of 30 kilometers. That means each pixel is 30 kilometers by 30 kilometers.

The data was used to generate an image of the asteroid composed of about 50 pixels. The study found Psyche has an unusually dense, conductive surface giving it high thermal inertia compared to a typical asteroid. The team also found that the thermal emission, which is the amount of heat it radiates, is only 60 percent of what would be expected of a typical asteroid surface with its thermal inertia. The findings indicate Psyche’s surface is no less than 30 percent metal.