Astronomers discovered a pair of bright and linear objects that appear to be mirror images of each other and another strange object nearby. The mysterious objects confused astronomers who spent years trying to determine what they were seeing. Gravitational lensing experts helped determine that all three objects were distorted images of the same distant galaxy.

While scientists were surprised to discover the distant galaxy, more surprising was that the linear objects were exact copies of each other. That is a rare occurrence resulting from the precise alignment of the background galaxy and the lensing cluster in front of it. The object includes a pair of galaxy bulges, the central star-filled sections of a galaxy, and three nearly parallel split streaks. 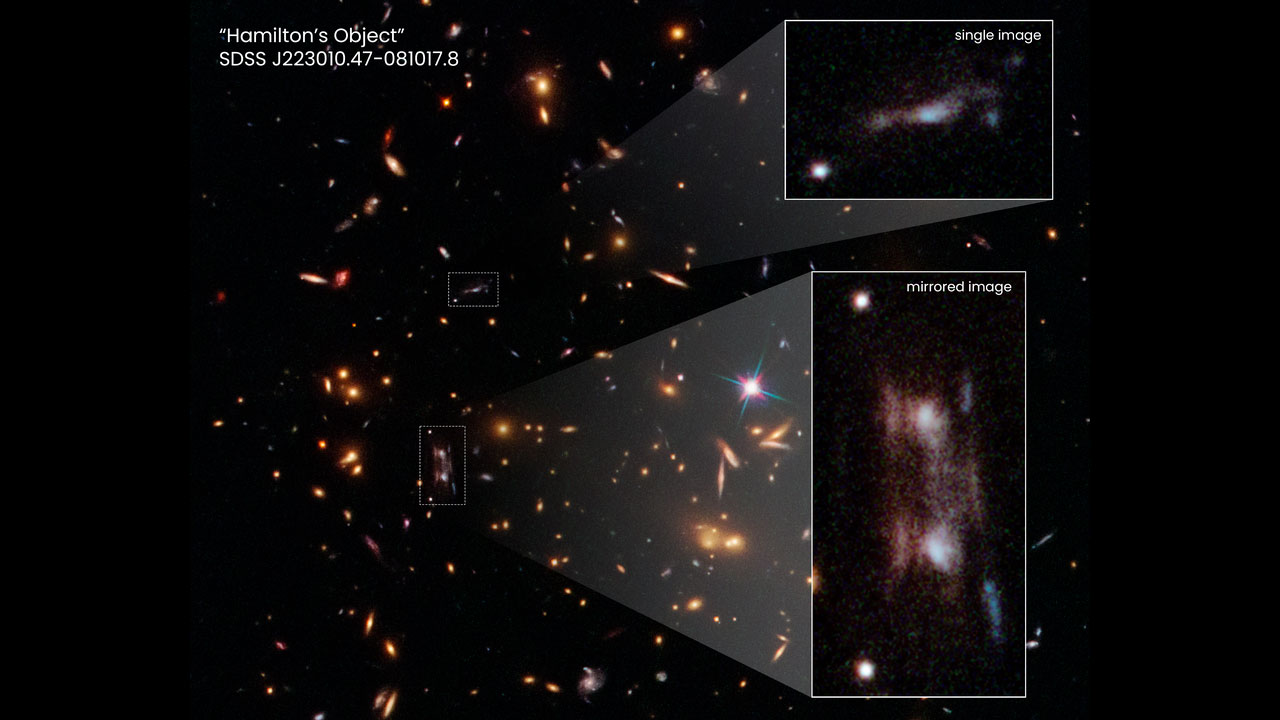 The linear objects are stretched images of a gravitationally lensed distant galaxy more than 11 billion light-years away from Earth. The immense gravity of an un-cataloged foreground cluster of galaxies warped space leading to a magnified, stretched, and brightened image of the distant galaxy behind it. The phenomenon occurred because the galaxy in the background is on a ripple in the fabric of space-time. Astronomers say the ripple is an area of greatest magnification caused by gravity from dark matter.