Astronomers discover six early galaxies that have run out of fuel

Scientists consider early galaxies to be those formed within 3 billion years after the Big Bang. They believe the galaxies would contain large amounts of cold hydrogen gas, which is the fuel used for creating stars. However, scientists studying early massive galleries using the Hubble Space Telescope and the Atacama Large Millimeter/submillimeter Array (ALMA) have discovered six mysterious galaxies that are very different from what they expected to find in the early universe.

The six galaxies, known as “quenched” galaxies, are no longer forming stars. The galaxies were selected for observation as part of the REsolving QUIEscent Magnified galaxies at high redshift or REQUIEM survey. Kate Whitaker is the lead author on the study and assistant professor of astronomy at the University of Massachusetts, Amherst. She says the most massive galaxies in the universe created stars in a very short timeframe. Initially, scientists believed that gas should’ve been plentiful in the early universe, and the galaxies stopped star production only a few billion years after the Big Bang.

However, in the new study, the team determined the galaxies have run out of fuel to make stars rather than simply stopping star formation. Using observations from Hubble and ALMA, the researchers observed continuum emission, which is a tracer of dust, at millimeter wavelengths. Those observations allow the inference of the amount of gas left in the galaxies. REQUIEM leverages the two telescopes and gravitational lensing to observe dormant galaxies with higher spatial resolution. 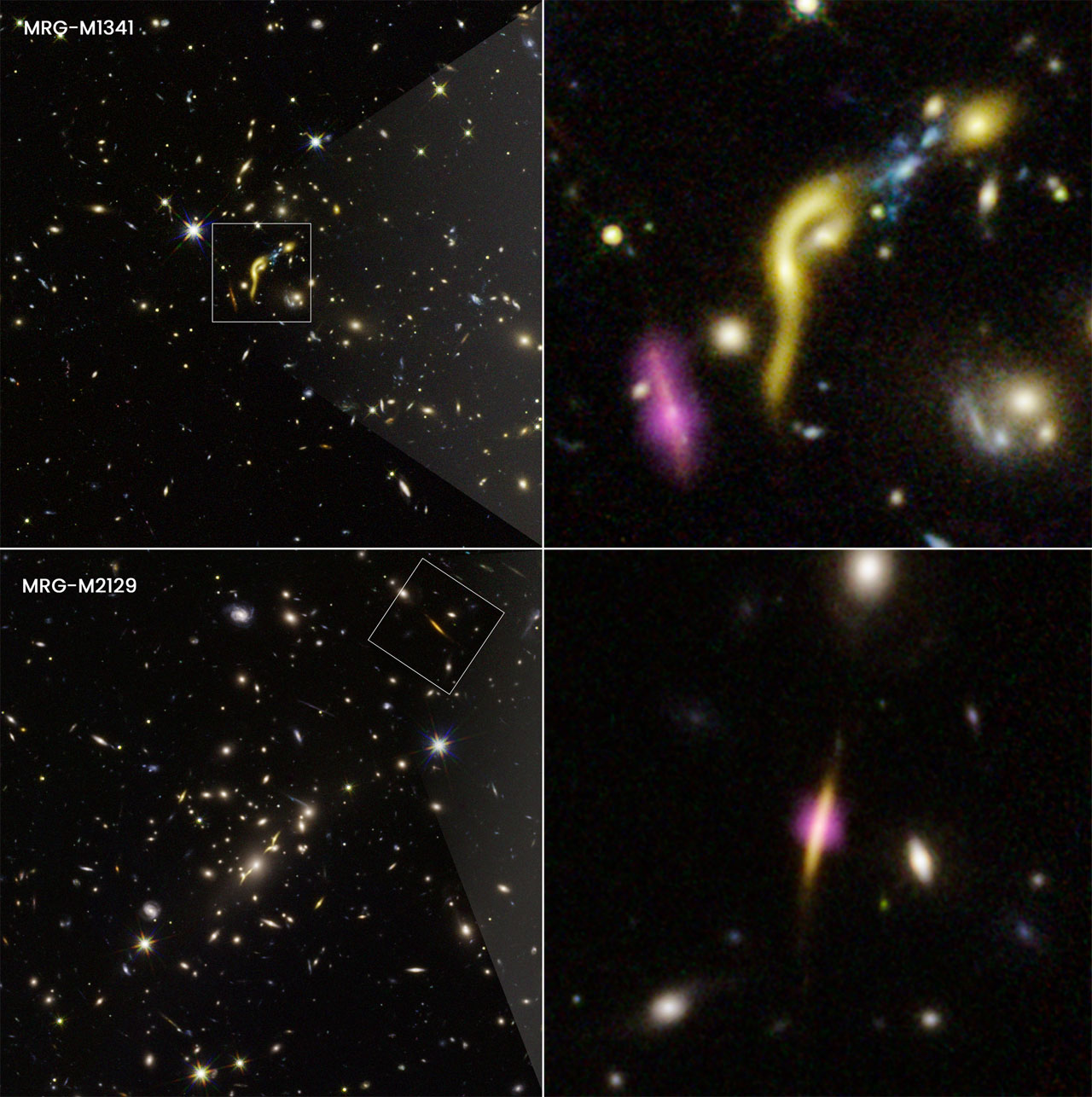 The survey allowed a clear view of what’s going on inside these distant galaxies, which is frequently impossible for quenched galaxies. When galaxies stop making stars, they get very faint very quickly, making them difficult or impossible to observe using individual telescopes. The observations found that the end of star formation in the six target galaxies wasn’t caused by inefficiency in converting cold gas to stars. Rather, the end of star formation in the galaxies was caused by the depletion or removal of gas reservoirs within the galaxies. Scientists don’t yet understand why that happened, but it could be related to the activity of a supermassive black hole.