Astronomers are thrilled with the latest image captured by the European Southern Observatory’s Very Large Telescope. The image is the first-ever taken of a Sun-like star that has a pair of giant exoplanets in orbit around it. Images of systems that have multiple planets are exceedingly rare and this particular image, seen below, is the first to ever directly observed with more than one planet orbiting.

The star is about 300 light-years away and is known as TYC 8998-760-1. Astronomers say that the discovery is a snapshot of an environment that is very similar to our Solar System in a much earlier stage of its evolution than we see now. The researchers also note that only two systems have previously been directly observed with two or more exoplanets in orbit.

In both of those instances, the stars were markedly different than our Sun. The new image is the first to show a pair of gas giants orbiting a young Sun-like star. In the picture above, the planets orbit at a significant distance from their parent star. The planets are pointed out by the arrows with the other objects in the image noted as background stars. 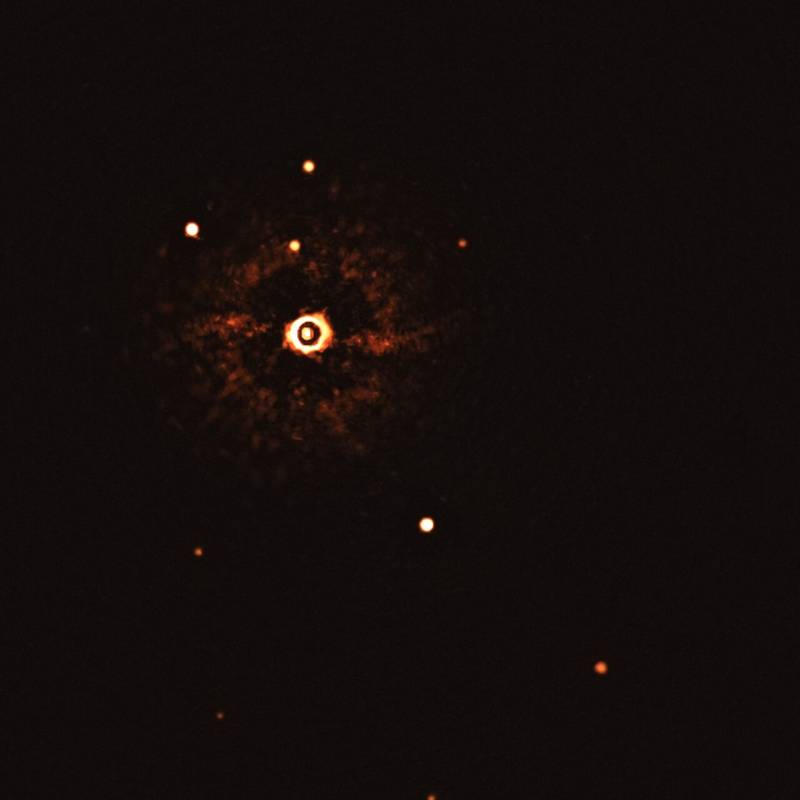 That orbital distance puts them much further away from there star than Jupiter, or Saturn is from the Sun. For comparison, Jupiter is five and Saturn ten times the Earth-Sun distance. The TYC 8998-760-1 star is much younger than the Sun with scientists estimating it’s only 17 million years old. The star system located in the southern constellation of Musca.