The closest star system is called WISE J104915.57-531906, or WISE J1049-5319 for short. It is 6.5 light years away from the sun and is composed of two stars. The two stars are called “Brown Dwarfs” because they’re stars that are “too small in mass to ever become hot enough to ignite hydrogen fusion.” They bear more resemblance to the planet Jupiter than they do to a star like the sun. 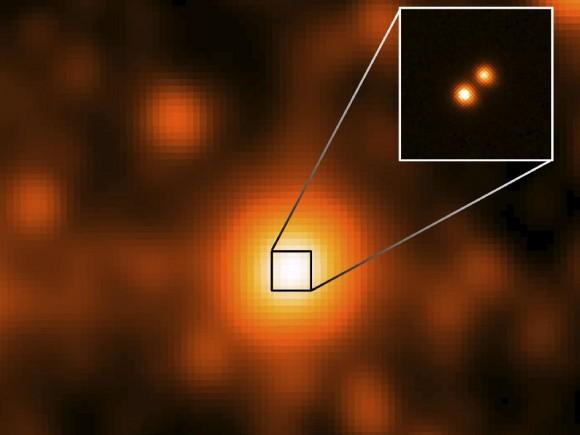 The discovery was made by Kevin Luhman, who is an associate professor of Astronomy and Astrophysics at Penn State. He says that the Brown Dwarf stars are “so close that Earth’s television transmissions from 2006 are now arriving there.” Scientists are hoping to get a better look at these new stars by using the Gemini South telescope and the future James Webb Space Telescope.

The closest star system was named after the satellite that discovered it. The NASA Wide-field Infrared Survey Explorer (WISE) satellite created a map of the entire sky. Luhman studied the images provided by WISE in its 13-month expedition that ended in 2011. Through a lot of “detective work” and research, Luhman was able to find the distance of the stars, its orbiting patterns, and its temperature, confirming the stars were Brown Dwarfs, and that they were very close to our solar system.

Luhman has also stated that since this is the third-closest star system, and because it’s so close to Earth, it will be an “excellent hunting ground for planets”. He says that these Brown Dwarfs may be one of the “first destinations for manned expeditions outside of our solar system.” Of course those expeditions being far, far away into the future. We still have to take our first steps on Mars first, and we’re hoping that SpaceX’s reusable rockets will take us there.