Asteroid 2014 DX110 to pass between Earth and moon today

If you are the sort that likes to worry about an asteroid hitting the Earth, you have little to fear today. NASA says that the flyby of asteroid 2014 DX110 is a “non-event” but the 90-foot diameter asteroid is going to pass between the orbits of the Earth and the moon this afternoon. 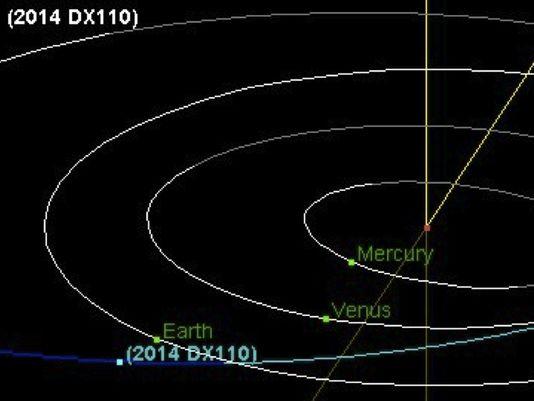 The asteroid will be within that 217,000 mile distance from the Earth for about seven hours and then fly back into space where it belongs. The chances of that asteroid hitting the Earth are pegged at one in 10,000,000.

It’s not uncommon for asteroids to get this close to the Earth. NASA says that 21 smaller asteroids spanning a size range of 1-30 meters have come closer to the Earth in the last year than 2014 DX110 is coming. Last month an asteroid called 2000 EM26 was lost as it approached the Earth, at least we know where 2014 Dx110 is.