As COVID-19 spreads, phone sales tumble, and China suffers most

Global smartphone market shipment data showed a slowing in sales by 14% in the month of February. Information from Counterpoint Research suggested that this trend isn’t about to end. Counterpoint senior analyst Jean Park went so far as to say “the worst is yet to come.” This has a bit to do with the prediction that this pandemic will be similar to previous world pandemic events – with a double peak, one in Q4 2020, and another in the first quarter of 2021.

The two main risks involved in “material lowering” of the market’s future potential are: “1. An extended global recession. Currently we are assuming a relatively sharp, but short recession, on a global basis,” wrote Counterpoint researcher Peter Richardson. “2. A second wave of viral infections peaking in 4Q 2020 and 1Q 2021. Past pandemics have seen this double peak. COVID-19 may be the same.”

It’s expected that, outside of China, there’ll be a “relatively modest decline in demand for smartphones,” said Richardson. “But there is a growing likelihood that we will revise our estimates downward. 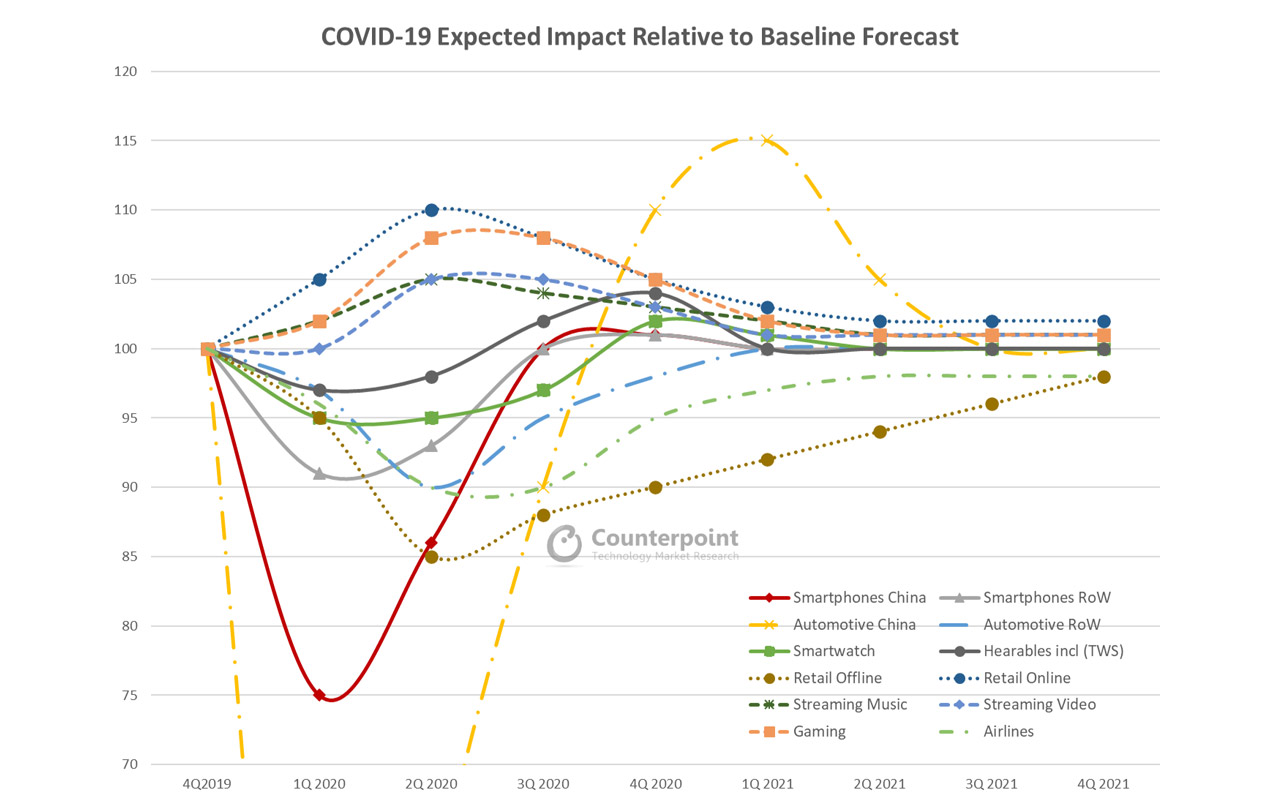 Above you’ll see a chart from Counterpoint showing their expected impact COVID-19 will have – relative to their baseline forecast. You’ll see some extreme dips for smartphones and automotive in China, and some less-intense but still quite significant dips for smartphones in the rest of the world.

The demand is expected to increase for streaming video services, gaming, streaming music, and online retailing through the end of this year. Offline retail – in the real world, in stores – decreases sharply through this year, then gradually returns as (hopefully) the world returns to normalcy.