As smartphones and tablets land in the hands and bags of more and more people. users start consuming more amounts of data than a network can handle. Slow loading times, intermittent connections, and dead spots are just some of the modern day problems that Artemis Networks wants to banish with its unique pCell wireless technology.

pCell is a sort of wireless technology revolution in the sense that it tries to resolve network problems by turning it inside out. Current wireless networks revolve around cells and cell towers. Each cell is configured to not interfere with other cells’ radio signals in order to avoid interference. Devices in the same cell negotiate with each other for use of those radio signals, taking turns in order to also not interfere with other devices. While this system has worked in the past, the rapidly growing number of mobile users demanding high speed and huge data is stressing the networking infrastructure beyond the limits of physics.

Artemis’ solution is to actually utilize those areas of interference instead of eschewing them. pCell base stations, called pWaves, emit radio signals like normal cell towers do. The difference is that they don’t avoid interference. pCells, instead, combine those overlapping radio signals and synthesize them into cells of personal wireless space, hence the name pCell. In effect, a mobile device connected to the network enjoys its own small bubble of wireless Internet connectivity instead of sharing a large area with dozens if not hundreds of users.

The effect is that neither pCells nor devices will need to negotiate use of the network. Devices remain isolated from other devices and do not interfere with each other’s reception. No matter how many users are in a single area, the speed for each one remains at the full bandwidth provided by the network. What’s more, this pCell bubble actually follows the device wherever it goes, ensuring that the connection is never broken. Provided there is pCell coverage available, of course. The video below demonstrates the various properties that pCell wireless technology has.

Under Artemis’ proposal, pWaves will make cell towers obsolete and can be placed almost anywhere and in any amount. But while pCell is promised to be compatible with existing LTE smartphones and devices, such a drastic change in infrastructure will undoubtedly cost no small amount of time and money. Thus Artemis is first approaching smaller and independent wireless carriers and ISPs in trying to get an entire pCell network implemented. The company is eyeing the end of 2014 for its first commercial deployment in San Francisco, followed by other markets in the US, Europe, and Asia. 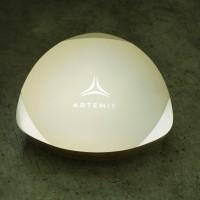 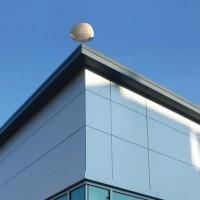 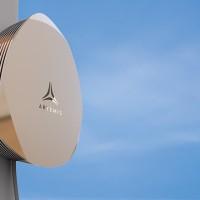