Firearm safety is a big deal for every one around the country. People have to keep guns out of the reach of children and keep unauthorized users from getting their hands on weapons. A new handgun has turned up in California that is one of the first smart guns.

The handgun is called the Armatix iP1 and the only way this weapon will fire is if the user is wearing a special accessory watch. The company that makes the smart gun uses a special RFID chip inside the accessory watch. 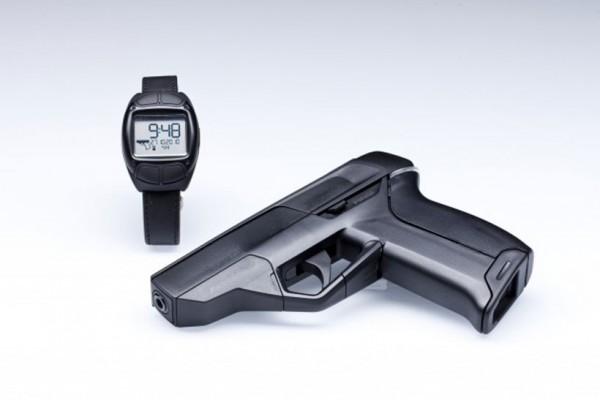 So far, one shop in California is the only gun store in the US selling the Armatix iP1. If the gun is stolen, it won’t fire unless the watch is taken with it. Another firm called TriggerSmart is working on a smart gun system that uses a fingerprint scanner on the grip.

In that system, the gun only fires for the user who has an approved fingerprint. The iP1 has a LED on the back of the gun that shows when the watch is present. A green light indicates the gun can fire and a red light indicates that the gun can’t fire. The Armatix iP1 is a small caliber weapon chambered for .22 caliber rounds. The gun sells for $1399. The watch isn’t included in that price and sells for $399.