Apple’s launch of its M1 Silicon and the following M1 Macs and iPad Pros has definitely raised questions about Intel’s future in the personal computing space. Arm-based computers, not just phones, have suddenly become more interesting but their numbers and performance, especially on the Windows side, haven’t exactly been that impressive. Some might say that Arm processors still have a long way to go but Arm’s latest v9 generation of Cortex processors and Mali GPUs might be heading in that direction.

Arm-based processors, like Qualcomm’s Snapdragon, MediaTek’s new 5G Dimensity, and Samsung’s Exynos, are best known for their power efficiency and small size. But while smartphones and tablets have definitely gotten more powerful, there have still been lingering doubts if they can replace the likes of Intel and AMD even in laptops. Apple’s M1 Macs silenced those doubts and Arm and riding that wave to push its next-gen ARMv9 CPUs to the forefront. 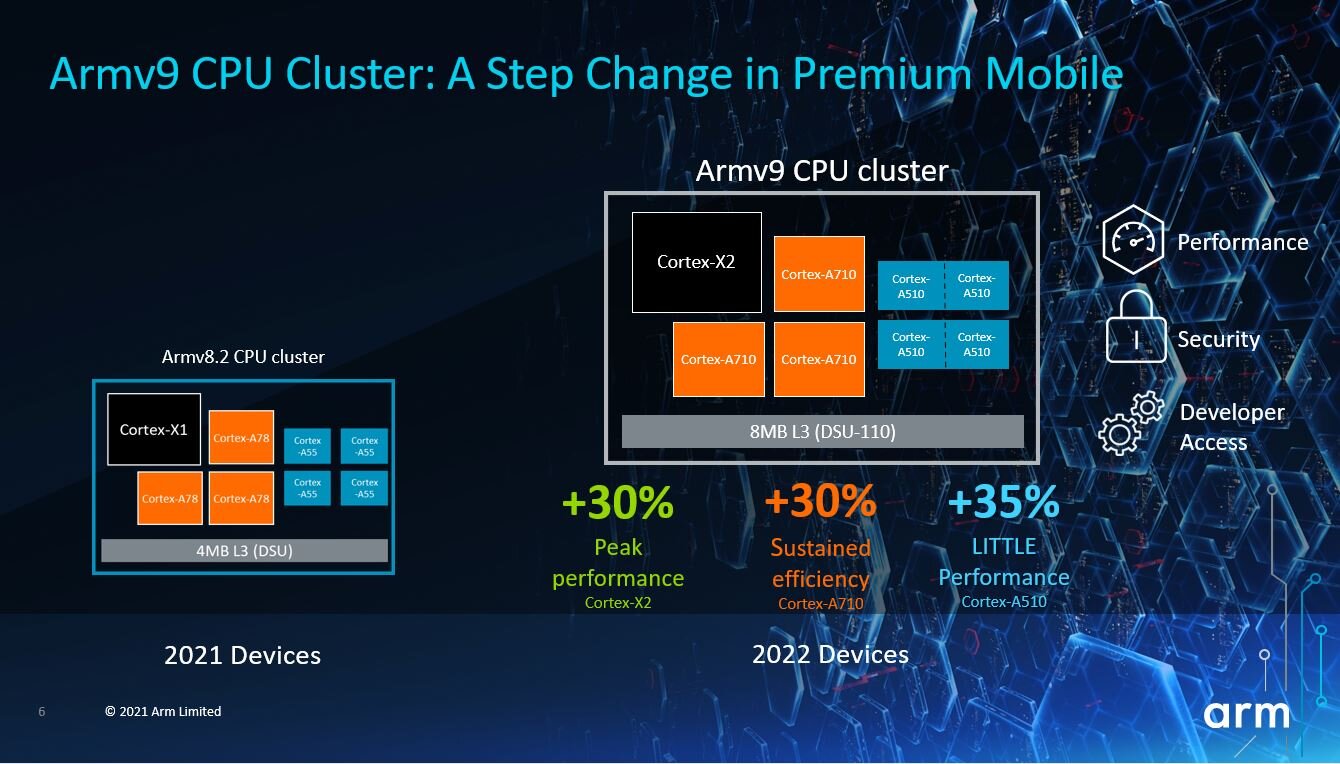 At the head of the pack is the Cortex-X2 that succeeds the Cortex-X1 that leads the CPU cluster in the most recent Snapdragon 888 and Exynos 2100 mobile chipsets. This is Arm’s big bet against Intel, boasting of 40% faster performance when measured against an Intel Core i5-1135G7, at least for single-threaded operations. The new Cortex-A710 takes over the Cortex-A78’s role as the “big” core in clusters while the Cortex-A510 makes up the new “LITTLE” cores in the usual big.LITTLE configuration.

Mobile devices aren’t just about CPUs anymore these days as mobile gaming and video streaming continue to raise the demands on GPUs. In that vein, Arm also announced four new Mali GPUs that chip makers can choose to integrate into their silicon. The Mali G710, G610, GG510, and G310 cover all the tiers of smartphones, tablets, and maybe even new Arm-based laptops. 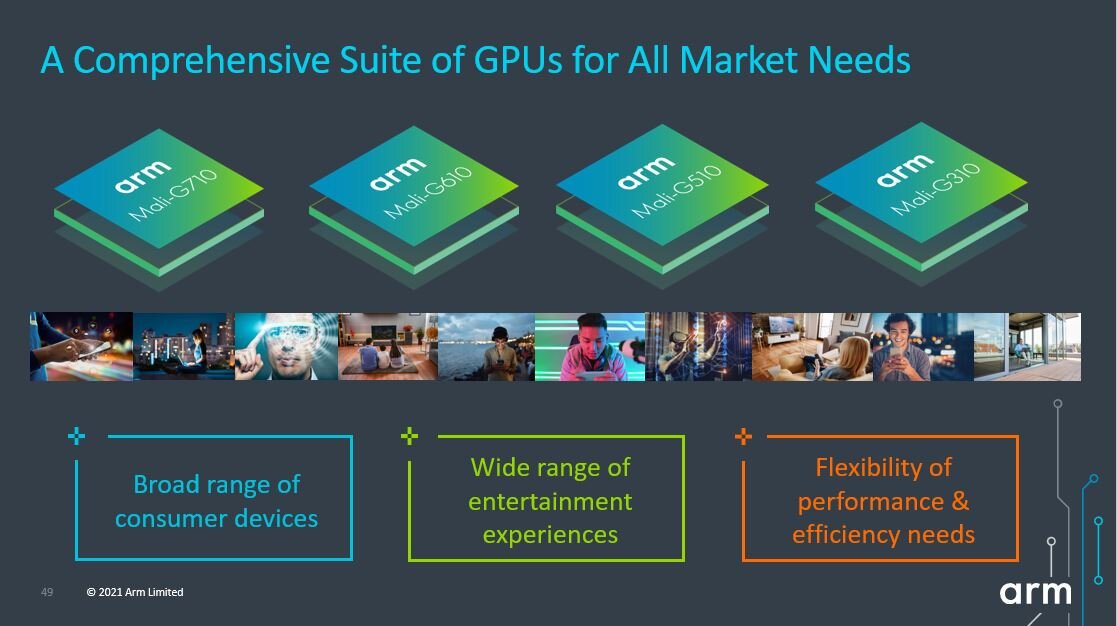 The company, which is being acquired by NVIDIA, says that chips using these new cores might start production late this year but don’t expect actual products until 2022. The biggest question is whether these will finally find their way in new Windows and Chrome OS computers that will usher in a new breed of computers, one that doesn’t have Intel and AMD at the forefront.