Arduino 1.0 is finally out, after many years of revisions and changes to “clean up the Arduino environment and language, as well as adding lots of additional features.” For those of you that need a refresher, the Arduino open-source software development platform lets you program microcontrollers that’re essentially the backbone behind insanely cool DIY projects that have been released in the last few years. This is great news for the open-source DIY electronics hacker community, marking the offical release of the Arduino software.

On the Arduino Blog, new updates listed for the development environment include a new file extension, toolbar icons, and color scheme as well as a progress bar on compilation and upload. Furthermore, language changes include modifications to the Serial class, addition of DHCP and DNS support to the Ethernet library, a new SoftwareSerial library, multi-file support in the SD library, modifications to the Wire library and UDP class, etc. The team is expecting to push the updated reference for Arduino 1.0 live in the next day or two.

To download the Arduino 1.0 release, we’ve linked you here. Also, check out the release notes here. Congratulations to the Arduino team for their first official software release! And to developers and would-be-DIY developers, happy building! We look forward to see what awesome DIY projects you’re working on, and be sure to send us a tip if you think it’s really something news-worthy. 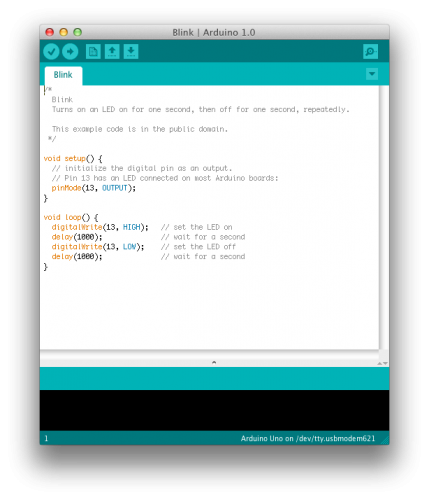