Located in the Arctic, the Svalbard Global Seed Vault is known as the “doomsday” vault, as it serves to safeguard the world’s food supplies by storing seeds for plants and crops in the event of a global disaster. The seed bank was built into the mountainside, taking the place of an old coal mine, and keeps samples from almost every country frozen and sealed, even in the event of a power outage. And for the very first time, scientists are going to make a withdrawal.

The need for the seeds wasn’t triggered by disease or a global nuclear war, the type of events the vault is meant help recover from, but instead the ongoing civil war in Syria. A gene bank in the Syrian city of Aleppo has been damaged by the war, and researchers in the Middle East have made the request to have it replenished.

The request came from the International Center for Agricultural Research in Dry Areas (ICARDA), which was forced to relocate to Beirut from Aleppo due to the war. The bank in Aleppo is still partially functioning, but is no longer able to serve as a seed hub to the region and distribute them to other Middle East nations. 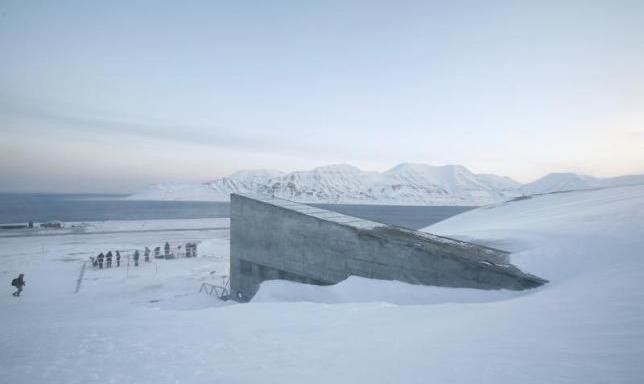 The seed vault, operated by Crop Trust, is expected to meet the request, which consists of around 130 boxes with 116,000 samples. “Protecting the world’s biodiversity in this manner is precisely the purpose of the Svalbard Global Seed Vault,” says a Crop Trust spokesperson.