Archos has unveiled a fresh batch of smartphones, both colorful and with designs similar to what we’ve seen with the maker’s other recent handsets. The Archos 50b Platinum and the 45c Platinum are both aimed at budget buyers, offering a solid mix of low pricing and decent specs. 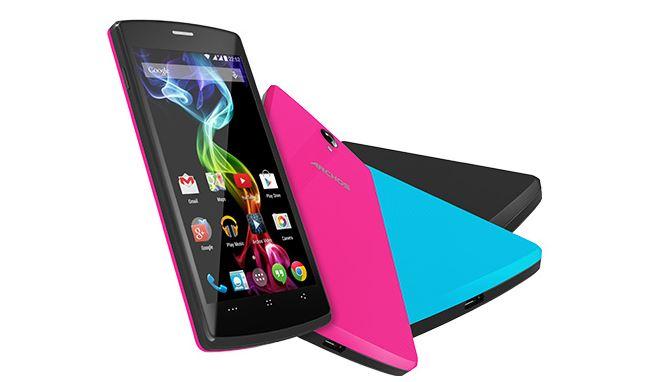 As mentioned, both handsets run Android 4.4 KitKat, and both feature a MediaTek MT6582 quad-core 1.3GHz processor alongside 4GB of storage and 512MB of RAM. Those last two are harsh numbers for some consumers to bear with, but the inclusion of a microSD card slot supporting up to 64GB eases it a bit.