Apple has detailed its transportation efforts at WWDC 2015, kicking off its discussion by saying that its Maps gets 5 billion user requests every week, and that it trumps the next leading mapping app by a factor of 3.5. Apple Maps will be getting Transit directions, it was revealed, allowing one to get all the details they need on transit lines and the time it will take to travel based on them. This lends better support for all the users out there that use public transit, giving a “great map just for them”. Such is Transit.

Transit is focusing on buses and trains, as well as subway stations, allowing users to see all the lines that run through them. There’s also multimodal routing, and step-by-step directions are offered by it.

This includes walking directions, a given considering it is for those using public transit. Apple says it has taken extra effort to make sure it gets all the details right, so much so that it has surveyed the exits and entrances of transit lines for more accurate walking details. 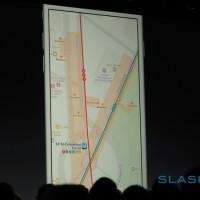 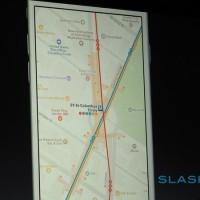 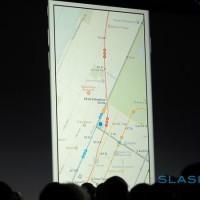 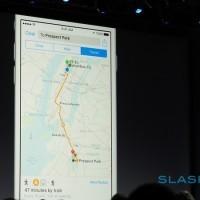 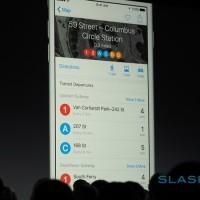 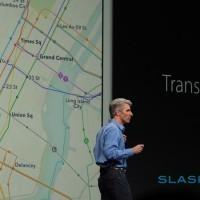 Siri, of course, has been “taught all about” Transit, and so users can use her to get information — they can say things like “I’d like to take the subway to…” whatever destination one wants, and Siri will use Transit to get you the details.

Transit will be “coming to” a bunch of cities, and Apple is careful to mention that this includes many located in China. Coming to iOS 9.

Hit up the SlashGear Apple Hub for more!