Do you remember the iWatch? It was a concept from ADR Studio, and it was something that they wished Apple would unveil at this year’s WWDC. Obviously none of that happened, but that doesn’t mean the concept from the studio wasn’t out-right awesome. But, it didn’t look like Apple was interested in doing anything that small with touchscreens. Until now. Thanks to some leaked images, it looks like Apple is busy working on something that utilizes a touchscreen measuring only 3x3cm.

Speculation is pretty much running rampant right now, as you might expect from something like this showing up online. And the translation from Tw.Apple.pro isn’t helping things at all. According to them, while the device clearly states that Apple’s got their firm grasp on whatever it is, the images don’t tell us what exactly it’s meant for. The initial report suggests that it could be a new iPod Touch Nano, or even a revolutionized iPod Shuffle. But we got really interested when the translation mentioned a touchscreen watch. 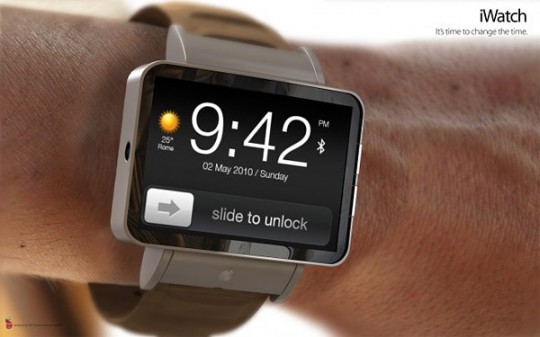 Because that’s what the iWatch is, and we’re not changing our story: we like the concept. The trouble is, the images don’t tell us nearly enough, and while the initial report is great to breed speculation, in prime Apple fashion we just don’t have any idea what this could actually be. In fact, there’s no confirmation from anyone that it’s even a touchscreen — it just looks like one, especially with that bezel. So, until more images of this leak, and the “people close to the subject” start seeping out of the woodwork, just keep staring at this and try and guess what it is. Of course, we expect everyone to tell us what you think it is in the comments.