After stopping a Google bus two weeks ago, a group of protesters from what appears to be the same organization has stopped a bus full of Apple employees. This set of employees are (or were) on their way to work on a bus that’s part of Apple’s free bussing project. This project has busses run throughout the city and pick up employees, using public bus stops to do so – Google and Facebook run similar routes.

Word of this bus being one from Apple comes from Business Insider while several photos have been snapped and shared to Twitter by a collection of intrepid photographers. You’ll see images from Alexei Oresckovic and FitzTheReporter above and below. 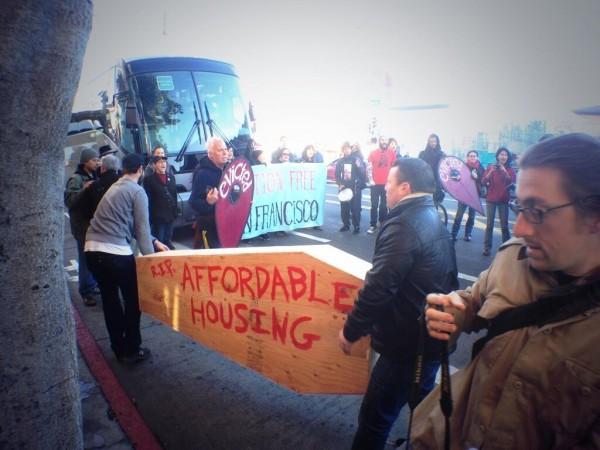 “Another bus protest in SF. Labeled Ridgeview. May be Apple. Protesters aren’t sure and say it doesn’t matter.” – Katy Steinmetz, TIME

Steinmetz also provides a photo of the “Evicted” Google Map marker signs the protesters are suggesting are used to mark evictions. These markers are also handily placed on a San Francisco Ellis Act Evictions map shown from 1997 through 2013. 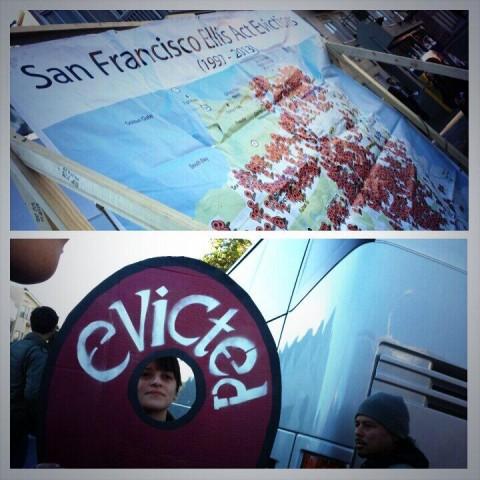 You’ll also find a photo from KenKenRamen who suggests that this is, instead, a Google bus. Urban San Jose says it’s a Google Bus as well, also making clear the location: the MacArthur BART station in Oakland. According to The Red Son, the exact location is west Oakland at 7th and Adeline – he also suggests that there is more than one bus in the situation, and that they’re both “Googlebuss[es]”.

These protesters are attempting to make clear their anger at the major tech companies that’ve come into the area and started using these bus stops without paying cash to the local government for the privilege. These protesters also blame these companies for driving up housing pricing in the area by bringing in masses of employees that seem to be able to out-bit locals.

Stay tuned – we’ll be following this one through comments from either side of the party. 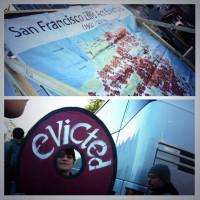 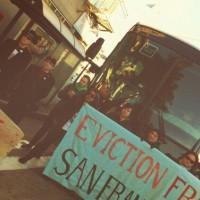 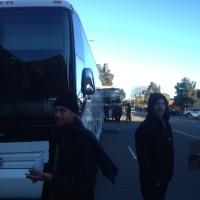 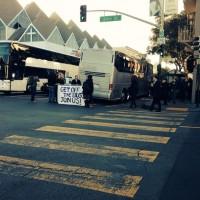 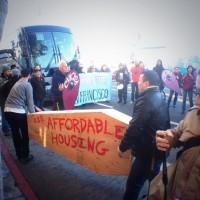 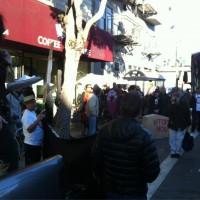