The iFixit team has published their completed teardown of the Apple Watch Series 7, revealing both large and small changes with the help of three former Apple engineers. The team teases that the Apple Watch Series 7 sports “secrets that only a trained eye can spot,” including many subtle tweaks that the teardown team says are “significant” to the overall hardware upgrade.

The Apple Watch Series 7 was introduced last month, with Apple later revealing in early October that the model would be available to purchase on October 15. The unveiling followed multiple reports claiming on behalf of insiders that Apple experienced delays with the latest wearable model due to production struggles related to hardware changes.

The teardown gets into some of the components that may have been behind these struggles, including the new OLED display with only one flex cable, indicating the use of on-cell touch technology. The iFixit team behind this teardown speculate that the new display caused manufacturing issues that led to the Apple Watch Series 7 launching without a firm release date. 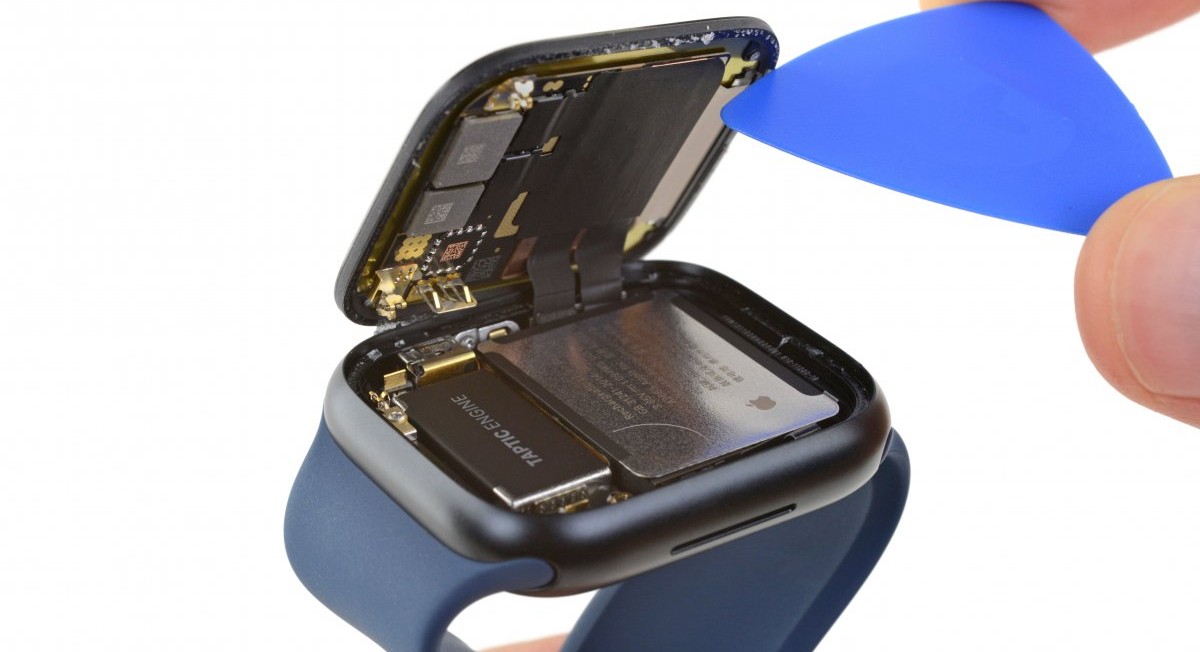 Getting into the watch using heat, a suction cup, and a pick didn’t prove too difficult during the teardown, though the process requires a gentle touch to avoid damaging any of the fragile components. In addition to the new display, the teardown shows a new battery with wider dimensions compared to the previous model, as well as slight improvements in energy density and capacity.

Other discoveries include an easier time removing the speakers and Taptic Engine, a tweak to the speaker grille design, and the surprise elimination of the watch’s diagnostic port. Overall, the iFixit team gives the Apple Watch Series 7 smartwatch a repairability score of 6 out of 10, assuming you’re not afraid to risk digging into the hardware yourself.