Apple hasn’t changed the Apple Watch design in any drastic or clearly visible manner ever since it launched its first smartwatch six years ago. While most but not all smartwatches today sport a round face, Apple stuck to its square form for over half a decade. It still isn’t changing its shape, but the Apple Watch Series 7 could come with the biggest design change Apple has ever made for its wearables. Presuming, of course, these CAD renders are accurate.

The Apple Watch design has largely been informed by the iPhone of its generation. It was around that time that Apple switched from the sharp, flat edges of previous iPhones to the curved frame of the iPhone 6 and later. The iPhone 12, however, changed that design language, and it seems that the Apple Watch 7 is going to follow in its footsteps.

The iPhone 12 series took a page from the iPad Pro’s design book and returned to the flat edges of the past. The new iPad Air has adopted that same aesthetic, and the upcoming iPad mini 6 is expected to do likewise. With Apple consolidating its design language, it won’t be a surprise if the Apple Watch Series 7 will look like a tiny iPhone 12 as well.

That’s the comparison that 91mobiles makes in describing the Apple Watch 7’s design. CAD-based renders show a smartwatch with very flat sides, though nothing else seems to have changed. There are, however, larger speaker slits on the left side, but that seems to be a minor upgrade in comparison. 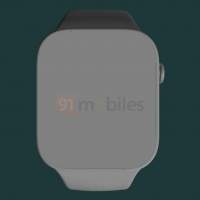 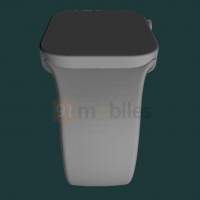 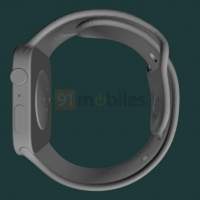 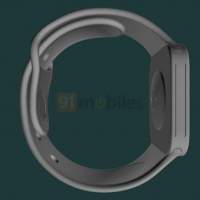 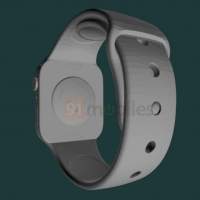 Not much else is known about the Apple Watch Series 7 at this point, aside from small improvements to already existing features. Unfortunately, one of the biggest rumored features won’t make it this year, with a blood sugar monitor still years away from being commercially viable. The next-gen Apple Watch could also be slightly slimmer than its predecessor at 44mm x 38mm x 9mm, but we’ll have to wait for more rumors to pop up to verify those figures.