I’ve spent the past week with the Apple Watch Series 5 on my wrist, and while it’s still a little too early for a full review, I’ve definitely come to appreciate some of the headline features. The always-on display addresses one of the lingering criticisms of the smartwatch, both from owners and would-be wearers, that you couldn’t see the time or other information without waking the Apple Watch first. Apple fixes that, and it does it in a clever way.

It starts with the low-temperature polysilicone and oxide display (LTPO) technology itself, designed to be extra-frugal, and paired for the first time with an ambient light sensor that adjusts brightness dynamically depending on the environment. Then there are new watch faces, with two versions of each: one for active use, and the other for standby use. The latter typically feature a pared-back style which still looks good when the screen is dimmed.

Then there’s a reduced refresh rate. Normally, the Apple Watch screen refreshes every second: that way, you get a second hand (on watch faces that use it) that moves smoothly. The always-on faces, however, switch from 60Hz to as little as 1Hz, significantly cutting down on power consumption. When you’re in a workout, which would normally refresh much faster to show your performance in milliseconds, the always-on mode slows that down to every second. 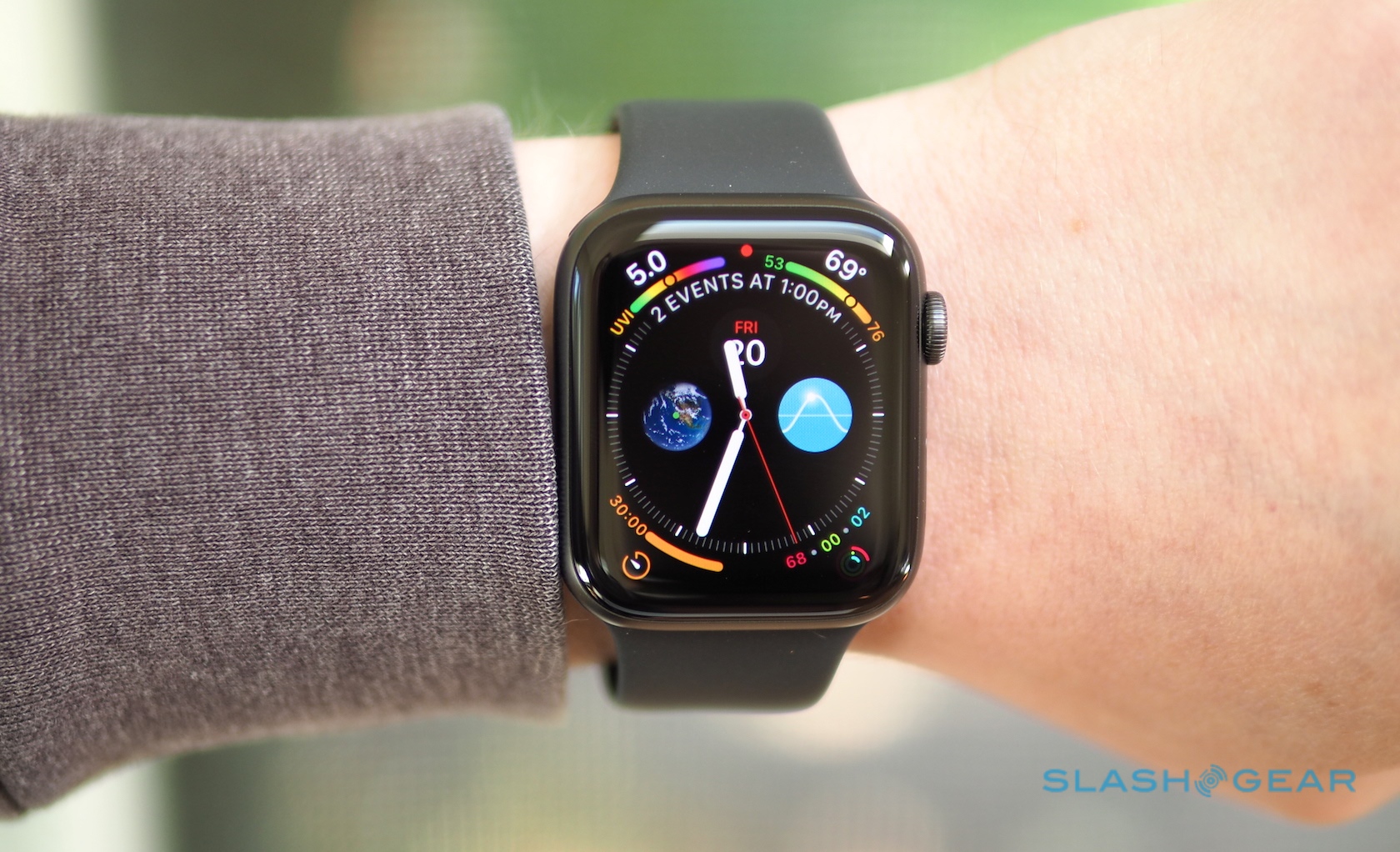 It’s taken a little getting used to, but I’m just about out of the habit of instinctively tilting my wrist just before I look down to check the time. I’d trained myself to do that so that the screen was likely to have woken up by the time I glanced at it. Now, I don’t have to.

My concern was that, despite Apple’s battery promises, the new Apple Watch wouldn’t in fact make it through the day. It turned out I had a good opportunity to test that this week, with an early start for the airport. The Apple Watch Series 5 came off the charger at 4am in the morning; by 10:30pm that evening, it still had 20-percent of its battery remaining.

Now, it’s worth noting that there are power-hungry things I could’ve been doing that would’ve been more demanding on the watch. I didn’t do a specific workout, though the Apple Watch did track my movements as usual, and I didn’t use GPS. Nor was there any cellular activity, since it was always within range of its paired iPhone. I find speaking into my wrist like Dick Tracy more than a little embarrassing, so I didn’t use the watch for voice calls, either. 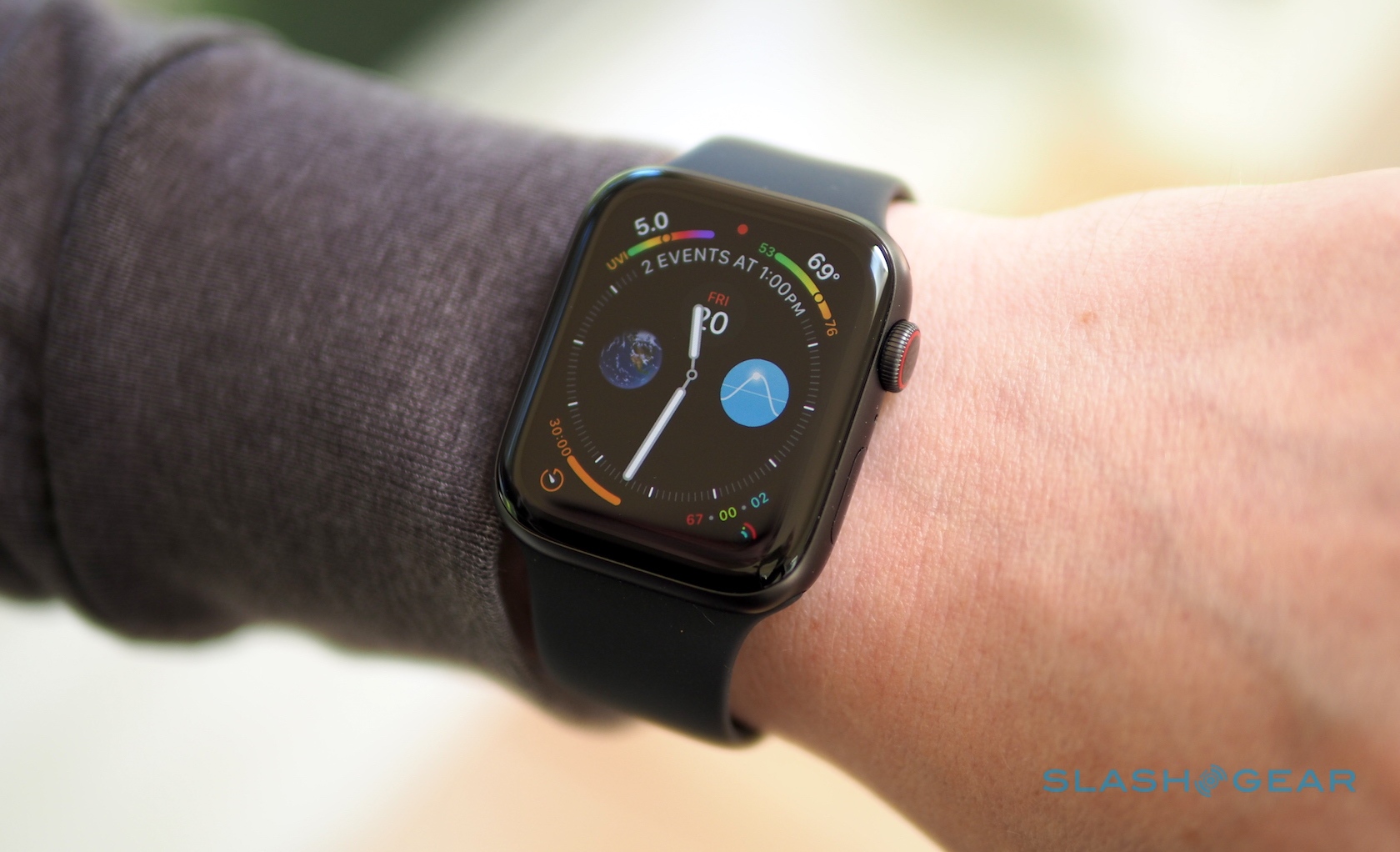 All the same, I’m impressed. That’s 18.5 hours of use, half an hour more than Apple quotes, and I could undoubtedly have kept using it several hours more without having to tap into the Power Reserve feature. While I may not have worked out (sorry, crumbling body) I do get a regular deluge of notifications, calendar reminders, and such, and I use the watch to remotely control media playing through Spotify on my phone. I suspect that’s a pretty typical day for most Apple Watch wearers.

While I’ve tested plenty of smartwatches over the years, the Apple Watch Series 4 was the first to stay consistently on my wrist. That came down to its combination of features, battery life, and general ease of use. The addition of an always-on display was something I’d been hoping Apple would do, though I’ll confess I was a little pessimistic about how battery life would be affected in the process. 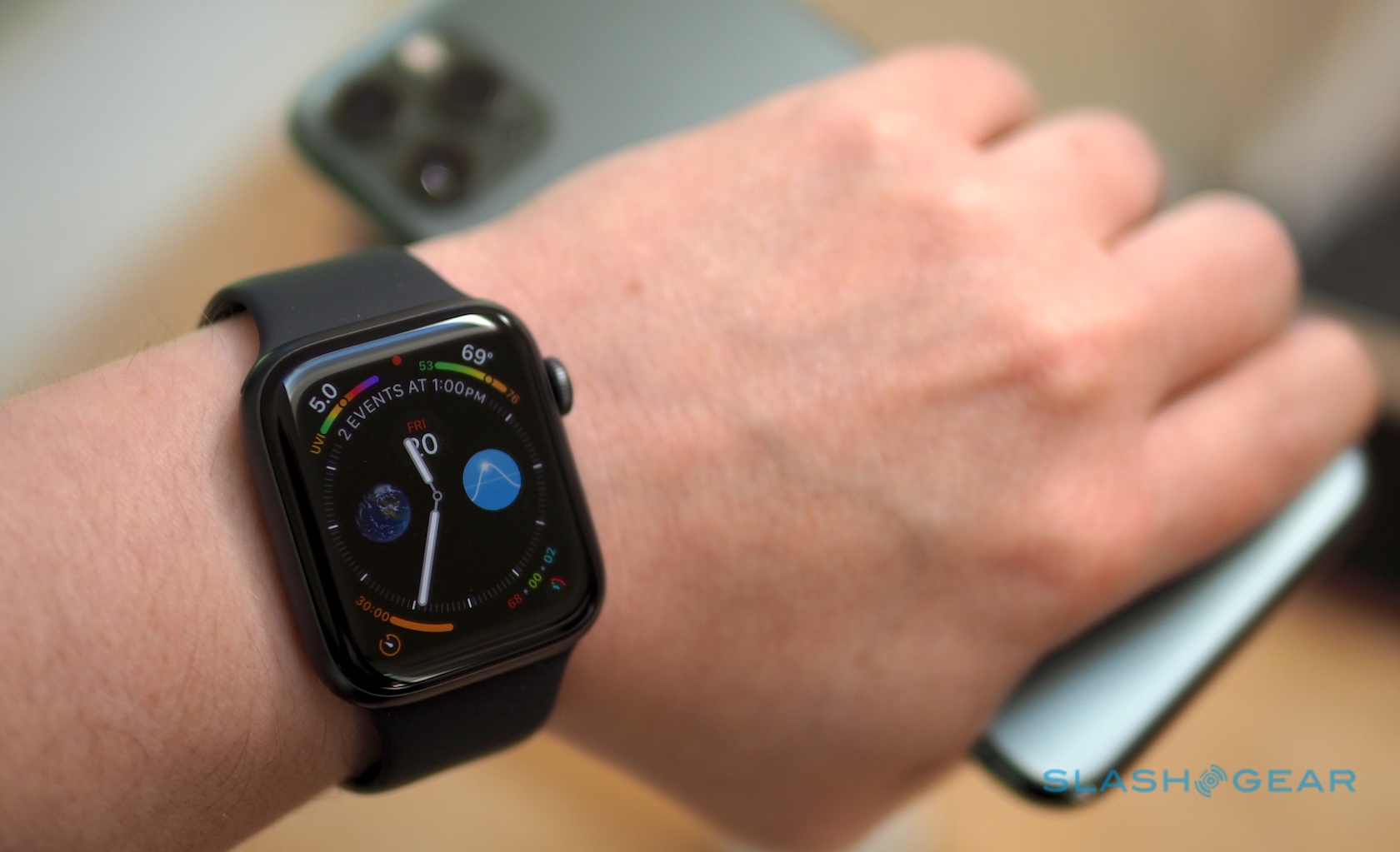 That it hasn’t taken a hit in the Series 5 is something for me that’s worth celebrating, then. It also makes me all the more frustrated that Apple doesn’t allow developers to create their own watch faces, since the potential for design creativity feels even greater now. Here’s hoping that, just as the App Store is finally available in standalone for on the Apple Watch with this newest version of watchOS, so too one day we’ll have more choice in how our Apple Watch looks, whether we’re using it or not.