Apple Watch Series 4 review roundup: Do you need it?

The new Apple Watch has a larger display than the previous model. Gen 3 had either a 740 or 563 sq mm display, while Gen 4’s models are 977 or 759 sq mm. As it is with most devices, you’ll only really notice the difference if you’ve experienced both. The new watch’s display size alone doesn’t necessarily provide a lot more functionality – it’s the new norm.

“Off your wrist, those changes are hardly noticeable,” said Scott Rosenfield on Wired. “The watch still looks like a watch. But in practice, the larger screen feels as significant as going from the iPhone 5 to the iPhone 6.”

Gen 4 has a new set of chips inside, including the Apple S4 chip + W3 wireless chip. That’s one generation newer than the Apple Watch Gen 3, and provides the additional power needed to handle the new hardware features in the new watch. This includes such gems as an electrocardiogram sensor, a second-gen optical heart sensor, and the sensor combo needed for fall detection.

This new model has a “50% louder speaker” and a newer version of Bluetooth. Where Gen 3 had Bluetooth 4.2, the newest model has Bluetooth 5. It might just be the tiniest of changes that make the biggest difference. “The other key upgrade beyond the design … is more hidden in the heart of the Apple Watch 4 – there are sweet touches like a (virtually) clicking Digital Crown that feels like it’s clocking through lists on the wrist,” said Gareth Beavis of TechRadar. “It even makes a slight noise, and the whole system is incredibly pleasing.”

Apple Watch Gen 4 has right around the same battery life with which its predecessor performed. “During my regular mixed usage, I got about a day and a half of battery life, same as on my Series 2 watch,” said Edward C Baig of USA Today. “I’d love more, but I am used to the routine of pretty much charging a watch every night.” 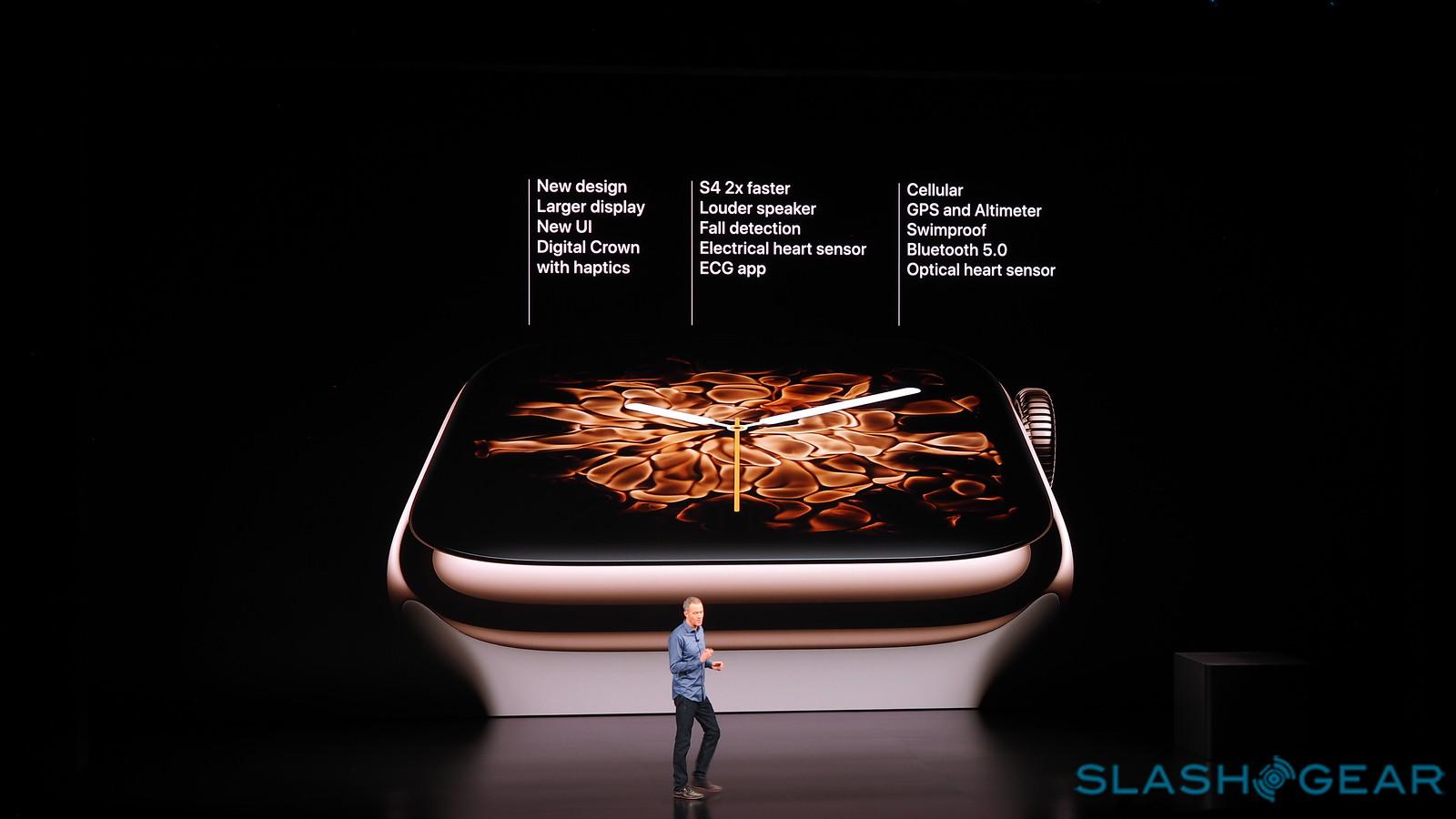 Both Gen 3 and Gen 4 had the option of working in a wifi-only environment or with an LTE mobile data connection. This newest version is just a hair thinner than its predecessor at 10.7 mm (Gen 3 was 11.4 mm).

This newest version of the Apple Watch has a clearer purpose. Maybe even a more solid statement of intent. Not least of all because Apple’s solidified its marketing for the Apple Watch, Apple Watch Series 4 seems to be the best one yet. “With apologies to the new iPhones, the Apple Watch Series 4 was the most impressive thing Apple announced last week,” said Dieter Bohn of The Verge. “After using it for the past week or so, I think it lives up to the hype.”

With the release of the Apple Watch Series 4, Series 3’s price is cut a significant amount. Gen 3 can be attained from $279 USD (for the cheapest version, that is,) while Series 4 starts at $399 USD. “The Series 4 isn’t the kind of refresh that justifies upgrading from the last generation, especially given the $399 and $499 starting prices for the standard and LTE models, respectively,” said Brian Heater with TechCrunch. “But there’s certainly enough here to keep the Apple Watch at the top of the smartwatch heap.” Stick around for SlashGear’s full review of the Series 4 Apple Watch and each of the new iPhones (XS, XS Max, and XR) coming up soon!