Though we’re expecting Apple to devote much of its keynote address today to the new iPhone, the company actually kicked off the show by introducing us to Apple Watch Series 3. After giving us an introduction to the Steve Jobs theater, Tim Cook shared some of the successes the Apple Watch has enjoyed over the last year. For instance, the Apple Watch has grown 50% year-over-year, becoming the number one watch in the world and boasting a 97% customer satisfaction rating.

Those are some fairly impressive numbers, and they give Apple plenty of reason to continue with the Apple Watch line even as the smartwatch market seems to be floundering a bit. Cook brought Apple COO Jeff Williams on stage to do just that, as he announced both WatchOS 4 and Apple Watch Series 3. In WatchOS 4, Apple will be more focused on heart health, measuring things like resting heart rate and recovery heart rate after workouts. 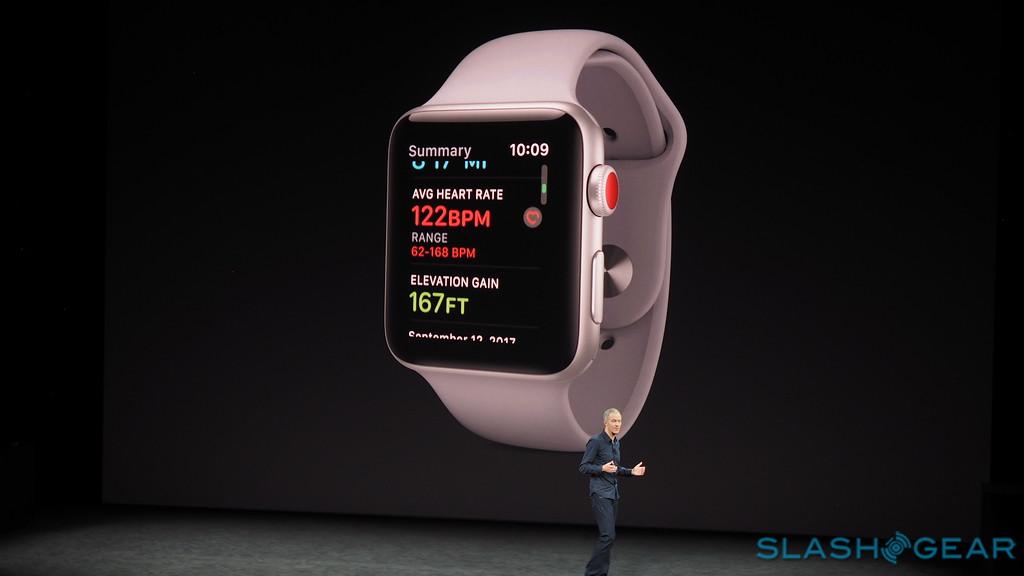 Williams says will give you a clearer picture of your heart rate throughout the day. Through a new app called Apple Heart Study, the Apple Watch will even help you detect irregular rhythm in your heart beat. This, in turn, will help users identify when they have a serious problem such as Atrial Fibrilation, which can increase the risk of stroke but often goes undiagnosed because people who have it often don’t feel any symptoms.

Of course, the new WatchOS needs a home, and that’s where Apple Watch Series 3 comes in. The big change with Apple Watch Series 3 is that it will now offer cellular support, allowing you to connect it to your carrier’s mobile network. This not only means that you’ll be able to stream music directly from your watch (assuming you have a pair of Apple EarPods), but it will also allow you to place and receive calls through the Watch itself, just as Williams did on stage. 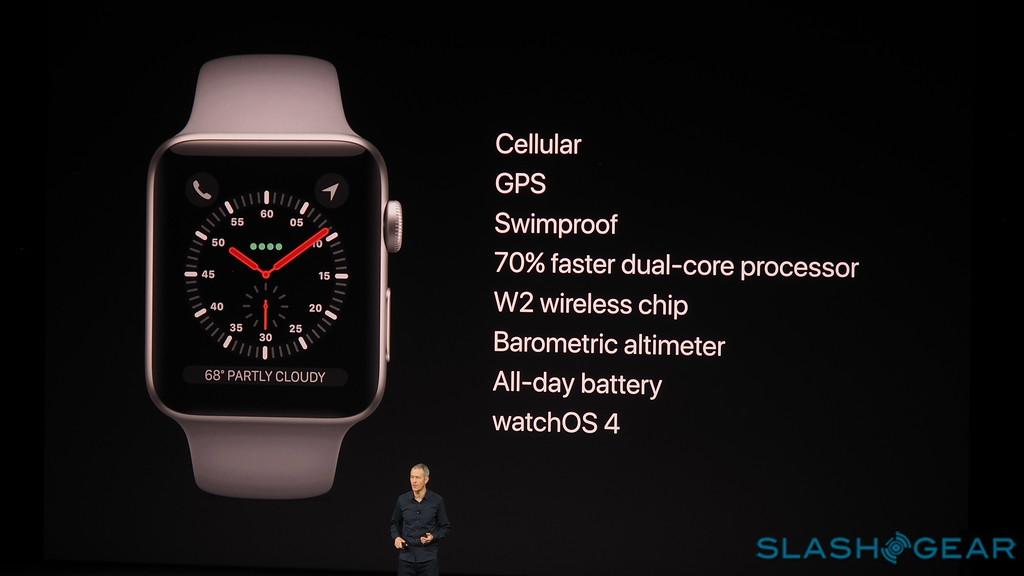 Apple Watch Series 3 is outfitted with a dual-core processor that promises 70% more power over previous iterations, while an Apple-made W2 chip will handle WiFi and Bluetooth connections. The watch is also “swim proof” and while the addition of a cellular antenna would usually increase the size of the Watch itself, Williams says it’s virtually the same size as Series 2. The only difference is that the back crystal extends an extra 0.25mm. 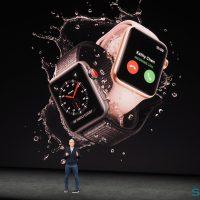 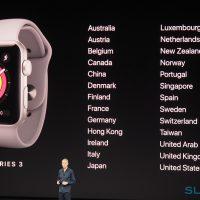 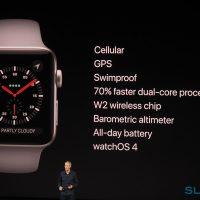 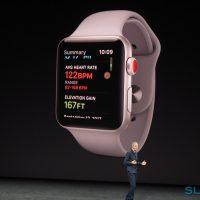 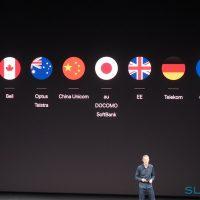 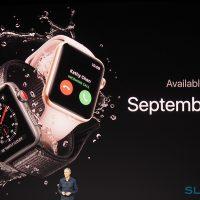 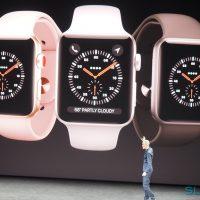 Apple Watch Series 3 will be launching in a number of regions with support for a variety of carriers – which you can see above – while the WiFi-only version of Series 3 will be getting a larger release. We’ll have plenty more from Apple’s 2017 keynote, so keep it right here at SlashGear for coverage of all the big announcements!