While the majority of patents never really get implemented into actual products or features, they can still be a useful indicator of a company’s vision for the future. They can even hold clues to features that may someday actually make it into products, provided the technology or hardware already exists. That may be the case for three out of dozens of patents that Apple granted today which relate to the Apple Watch. Interesting on their own, the three also paint the picture of a future wearable that isn’t only more secure but also more health-focused.

Implementing security on a smartwatch is admittedly a difficult task because of the lack of space for usual components for fingerprints or face recognition. Most implement only approximations like only authorizing certain secure actions if the device is worn on a living wrist. One of the patents reported by Patently Apple shows that Apple is looking at a new biometrics system that just sits under the Apple Watch itself.

The patent describes a biometric sensor that will identify and authenticate users based on skin texture pattern. This, of course, presupposes that such a pattern is not only unique but also reliable no matter the current state of the skin. If so, then it would be almost trivial to put such a sensor even just on the strap of an Apple Watch, though that would make it a permanent part of the smartwatch itself.

It seems that Apple is also looking into extending the functionality of the Apple Watch through the strap. A patent for backlit indicators can help inform users at glance about the current activity tracking the Watch is doing at that moment. It could even be used to notify the user of other information as well, as long as it can be conveyed using a single icon. 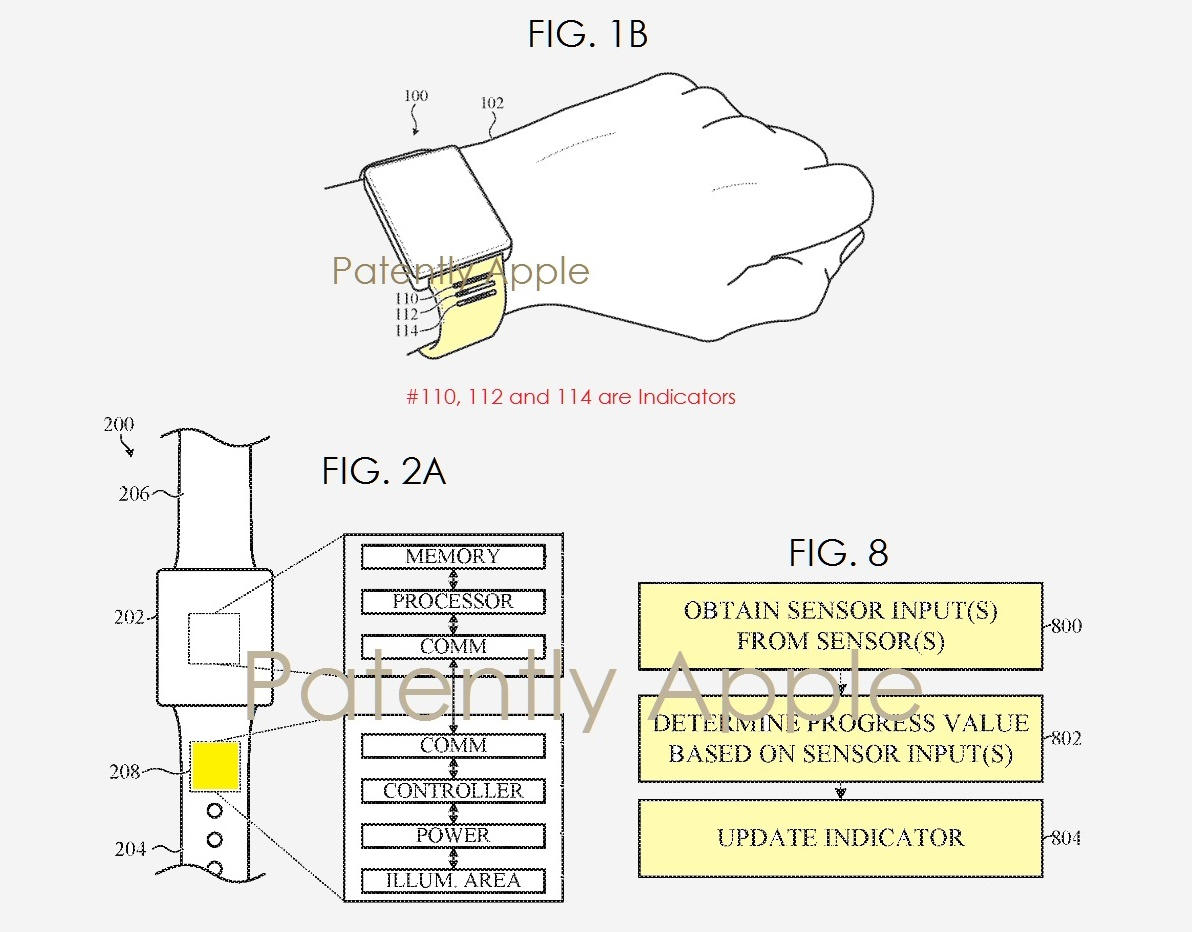 Finally, Apple Watch straps in the future might also be able to change their fit on the fly, tightening on loosening as the case warrants. This could be useful not just for ensuring a tight fit when running or moving around but could also help in taking pulse measurements or even blood pressure readings.