Both Samsung and Apple have released their flagship wearables for the year 2021. The big smartwatch war has thus unfolded virtually, but for everyone, this time it’s a little different tussle than in the previous years. This time smartwatches from both the tech giants are confined to their ecosystems, which means, choosing between the options would be more a decision of requirement than choice.

Apple Watch Series 7 is rooted in iOS support, while Samsung has taken a twist and made the Watch 4 strictly for Android users – more so, for the Galaxy phone users. Therefore you’ll be compelled to pick a watch compatible with your handset’s operating system rather than the features these wearables have to offer.

That said, a close comparison of the smartwatches from Apple and Samsung can reveal what each one has to offer in respect to the other. Since the new Apple Watch is not available for now, only slated to roll out toward the end of the year, we cannot directly compare the two hands-on. Here we will therefore pit the Apple Watch Series 7 against the Samsung Galaxy Watch 4 based on their specs and features. 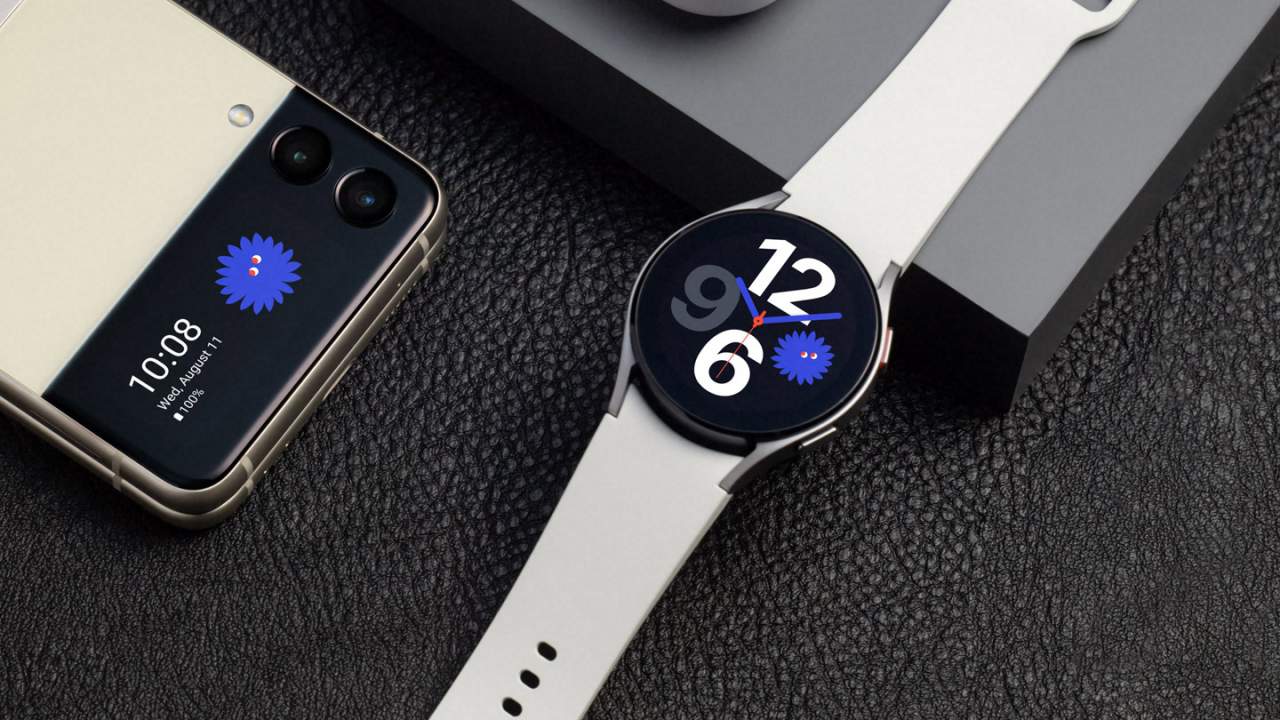 Samsung Galaxy Watch 4 arrives in two strong models with different budgets and styling, though their features are pretty much identical. On the budget side of things, Sammy has the $249.99 Galaxy Watch 4, while the premium variant dubbed the Galaxy Watch 4 Classic starts at $349.99.
Apple Watch Series 7 is the standalone new smartwatch from the Cupertino company. Of course, the $280 Apple Watch SE is still an affordable option in the arsenal, but that’s a year-old model to consider. Apple Watch Series 7 starts at $399 and there is no wallet-friendlier model this time. 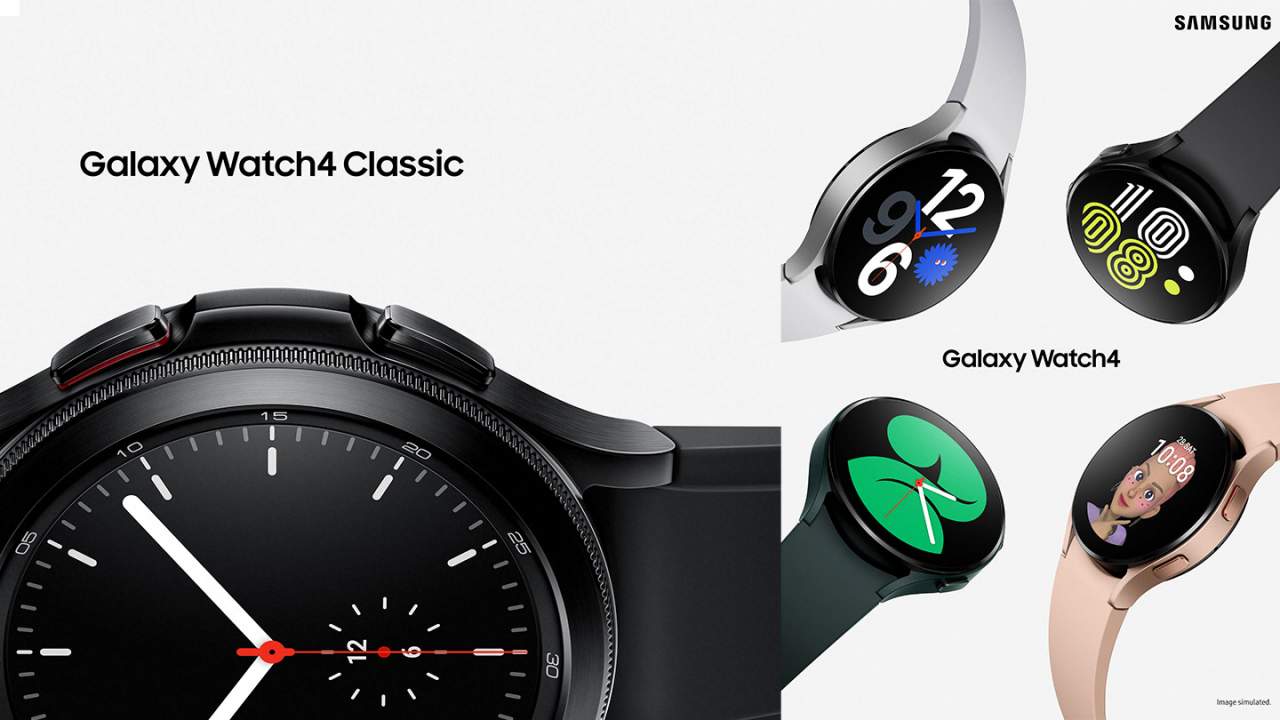 As mentioned, the Apple Watch Series 7, like in previous models, is only compatible with iOS and will thus remain an option for users with iPhone. Galaxy watches in the past with Tizen were compatible with both Android and iOS. Now the Galaxy Watch 4 runs the new Wear OS and the compatibility is limited to Android phones only. So if you have an iPhone, your logical and only choice would be the Apple Watch Series 7. Android users on the other hand should fancy their chances with the Galaxy Watch 4 or Watch 4 Classic. 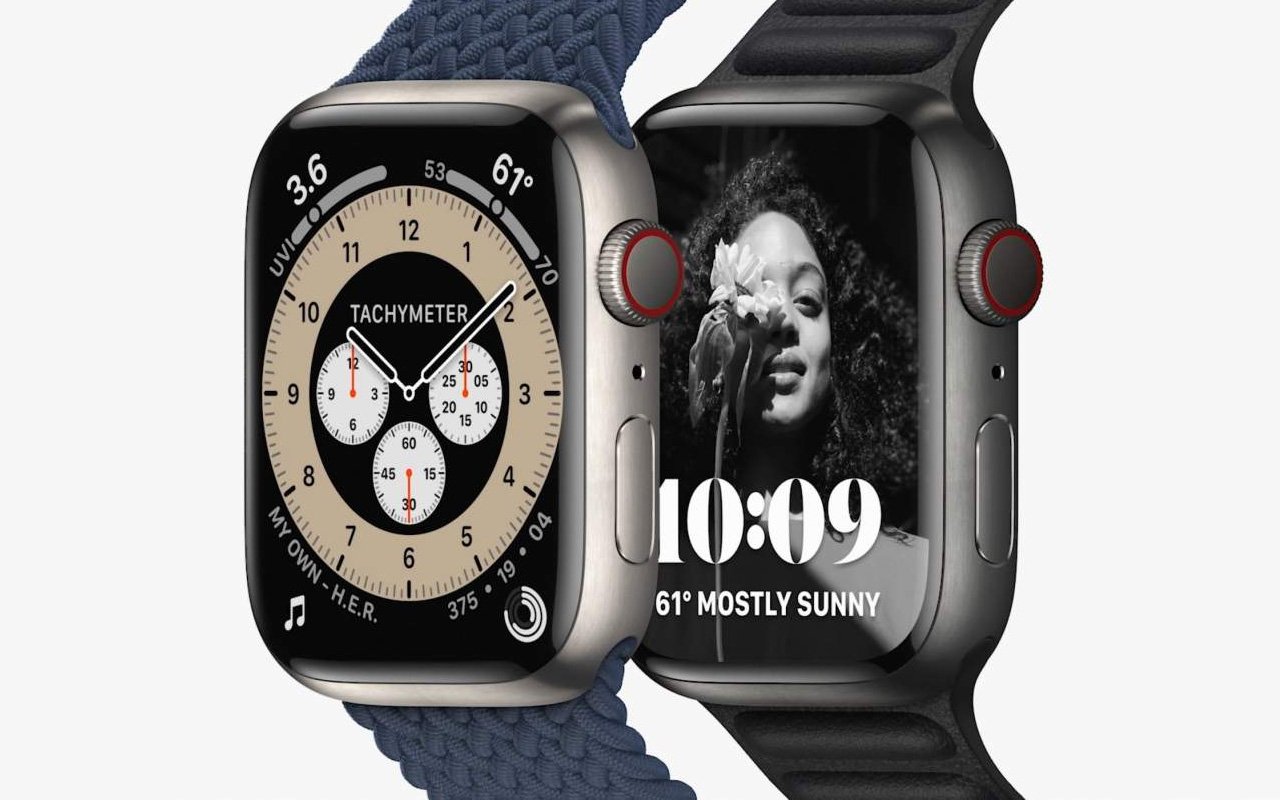 Apple Watch Series 7 was expected to feature a new design, enhanced health features and more. Ultimately though, the watch is not a huge upgrade from the last year’s Apple Watch 6. The notable change is a thinner bezel, which despite almost the same body size provides a bigger, brighter display and tougher crystal.

One can continuously debate about the squared-off design of the Apple Watch and the round dial of the Samsung Galaxy Watch. Truth be told, the design is only momentary, the difference lies in the fitness tracking ability, the set of features, selection of third-party apps, and the option for mobile payment.

Identically the two watches from different schools of design are better options than their predecessors. Apple Watch Series 7 is insignificantly larger and features always-on display. Instead of 41 and 44mm case sizes, they now measure 41mm and 45mm. The bezel is slimmed, the crystal is curved down to the case and the watch sticks to the generations-old square form factor. 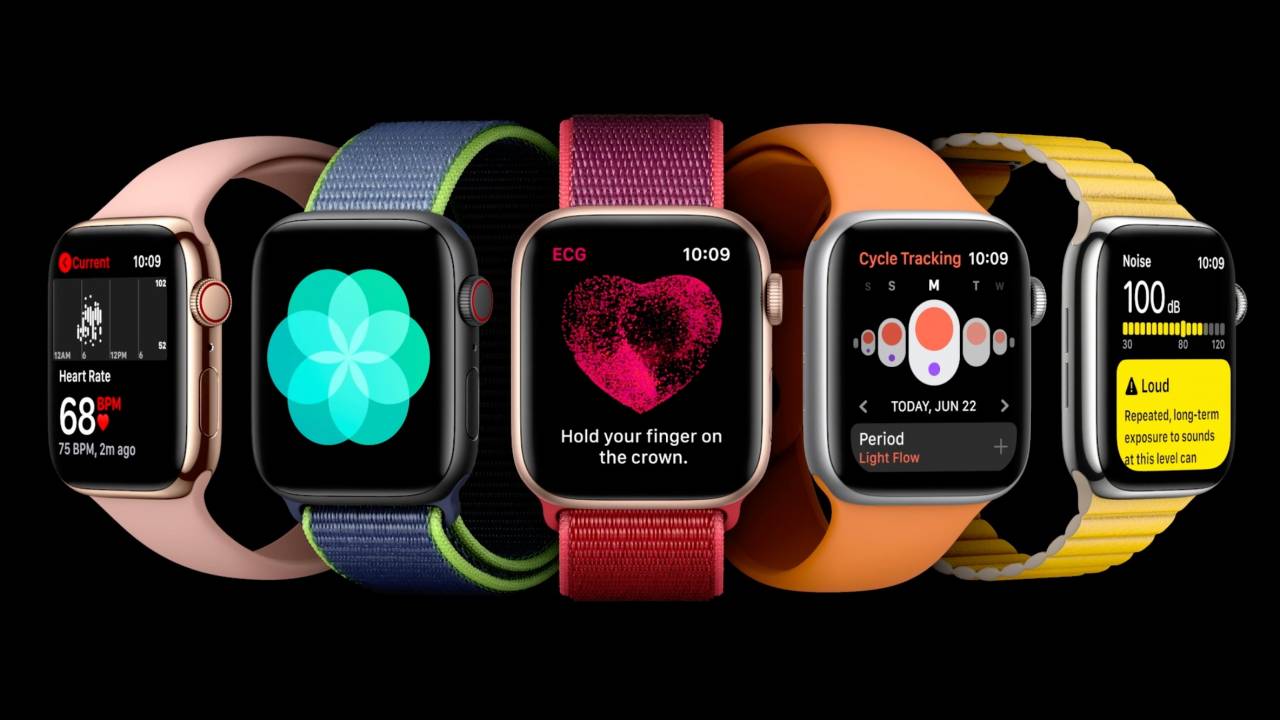 You’d ideal count Apple as a winner in this category. But as stated, the marque has done little innovation in the department and is pretty similar in what it delivers now in comparison to the Apple Watch Series 6. Samsung has done its homework well and has gained a certain advantage. Most notably with two features: the Galaxy Watch 4 gets body composition tracker and snore-tracking functionality, which the Apple wearable lacks. The new Galaxy watches integrates BioActive sensor to access the wearer’s body mass index and other matrices using the bioelectric impedance analysis.

Apple Watch lacks the BMI and snore-tracker but has the lifesaving fall detection (which now extends to the benefit of cyclists) and a Covid-19-era essential handwashing reminder that automatically runs 20 second counter. Additionally, there are features like blood oxygen saturation (SpO2), EEG, and range of fitness and workout functionalities, which are most common to both wearables. 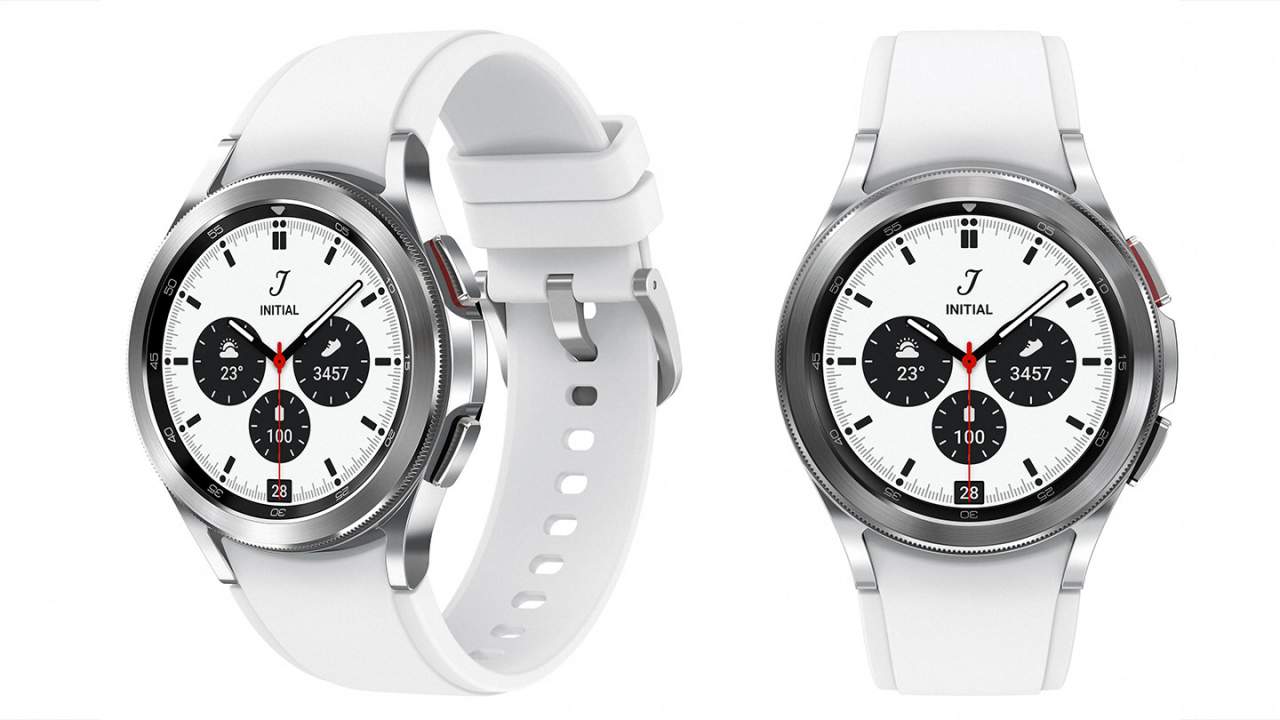 Samsung has left the Tizen environment behind and taken the leap of faith in favor of Google’s Wear OS. The Galaxy Watch 4 is powered by a dual-core Exynos W920 processor guaranteeing users up to 20-percent faster performance than the watches before it. Though the watch lacks NFC, it does support dual-band Wi-Fi and has a separate low-power display chip to ensure the chief processer is left dormant when not required, thus increasing battery life to almost one full day in normal use.

Apple usually refrains from revealing the processor and RAM options on its wearables. And the trend continues. However, Apple was categorical in stating that it has primarily focused on energy usage from the bigger and brighter screen. The efficiency doesn’t relate to battery life enhancement here, so on paper it’s still 18 hours of playback time; though now the watch supports 33-percent faster charging USB-C. 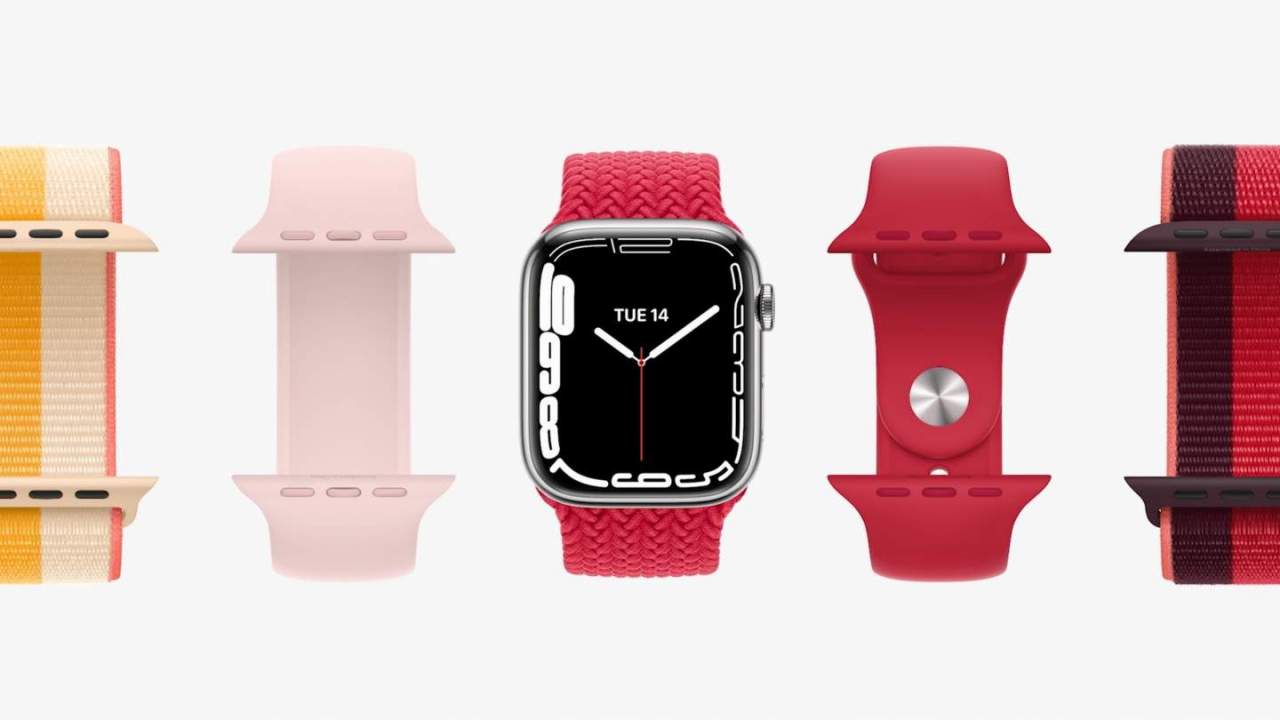 Samsung Galaxy Watch 4 is now in a friendlier Wear operating system which opens the wearable to a new assortment of third-party apps. Apple has been at the forefront of third-party app integration, and the lead continues. Despite Google’s support, Samsung still has scope to include more titles to the compatible apps lists. Apple Watch OS still points at a larger collection of third-party apps, which other companies including Samsung will take more time before a match can be delivered.

Intrinsically, both Samsung and Apple smartwatches have come of age in 2021. Not a dramatic change but tweaks to the existing devices ensure Apple Watch Series 7 with a bigger screen is ready to take on the Galaxy Watch 4, which will use the Wear OS as its springboard to click with users in the Android ecosystem.

Apple Watch 7 will offer users the same, tested experience with the iPhone; the Samsung Galaxy Watch 4 will have certain features – such as EEG monitoring – that will only function with the Samsung phone. This will curtail the ability of the Samsung Watch to a limited set of devices only.