Apple likes its devices slim and space conscious, which is one of the reasons why it consistently refuses to put larger, longer-lasting batteries inside its iPhones. The company, however, seems to have thrown that principle out the window with at least one of its latest products, the new Apple TV. At 35 mm tall, the latest Apple TV stands almost half an inch higher than the 23 mm of its predecessor. Thanks to iFixit’s teardown, we now know why Apple chose to deviate from its usual design rules.

But we’re getting ahead of ourselves. Every teardown starts with trying to open up the device. Unlike most of Apple’s products, this was a cinch. There were no screws or adhesives that connected the bottom cover, the point of entry for the teardown, to the rest of the body. There screws on the EMI shield plate, though, but they were standard TORX screws which were easy enough to remove. The shield hid the logic board, which contained all the chips and parts in a single location. And on top of the board (remember, the teardown started from the bottom) lies the reason for the thickness. 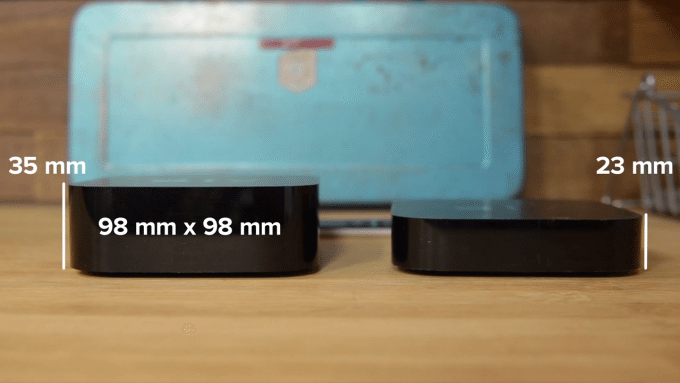 There is a rather thick heat sink lying on top of the board, which also housed the power supply board. The bigger, more powerful heat sink is presumably designed to compensate for the more powerful Apple A8 chip running inside. Surely, Apple could have gone for a different solution that didn’t bulk up the box, since the same chip powers the iPhone 6 and 6 Plus. But we’ll trust Apple’s judgment on that. 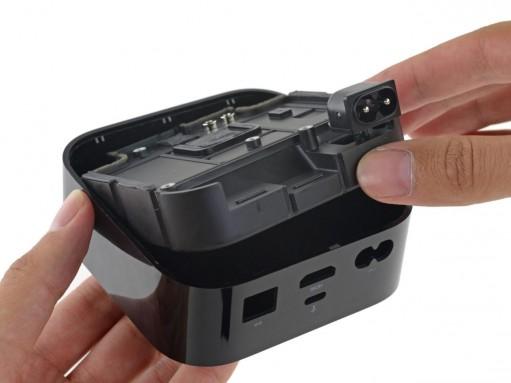 Every 4th gen Apple TV comes with the new Siri Remote, so naturally that had to be torn down too. It was relatively harder to do, considering some adhesive and tricky wiring involved, but nothing iFixit’s tools can’t handle. No surprises here, though. What you see is what you get. 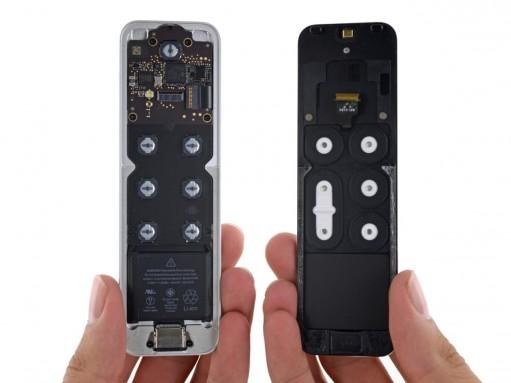 Almost atypical for Apple’s devices, the new Apple TV gets a high repairability score of 8 out of 10. The box is easy enough to open and the pieces are so few that there is little problem separating them. There aren’t even any wires connecting the power supply to the logic board! That said, everything else is soldered to the logic board, which means repairing or replacing things like ports will require board-level soldering.