Apple has reopened nearly 100 of its Apple Stores around the world, the company has confirmed, outlining the steps it is taking to reestablish in-person shopping in a safe way during the COVID-19 pandemic. In a new open letter, the company has explained how the coronavirus will change the way Apple Stores look and operate, after beginning to resume operations in the US earlier this month.

Back in mid-March, all US Apple Stores were shut down so as to reduce the spread of coronavirus. Apple subsequently extended that closure, though confirmed in early May that it would be unlocking the doors in four US states initially.

Those four – Idaho, South Carolina, Alabama, and Alaska – will now be joined by further locations. Apple is considering “local cases, near and long‑term trends, and guidance from national and local health officials,” the company says, as it decides that roadmap. It also warns that it may well shut opened stores down again, should a new outbreak occur.

Apple Stores that do open again will have limited occupancy, with a cap on how many customers can be inside at any one time. Temperature checks will be taken before people are allowed in, as well as screening questions for possible COVID-19 symptoms. It’ll also be doing “enhanced deep cleanings” on things like display products, surfaces, and the areas with the most traffic. 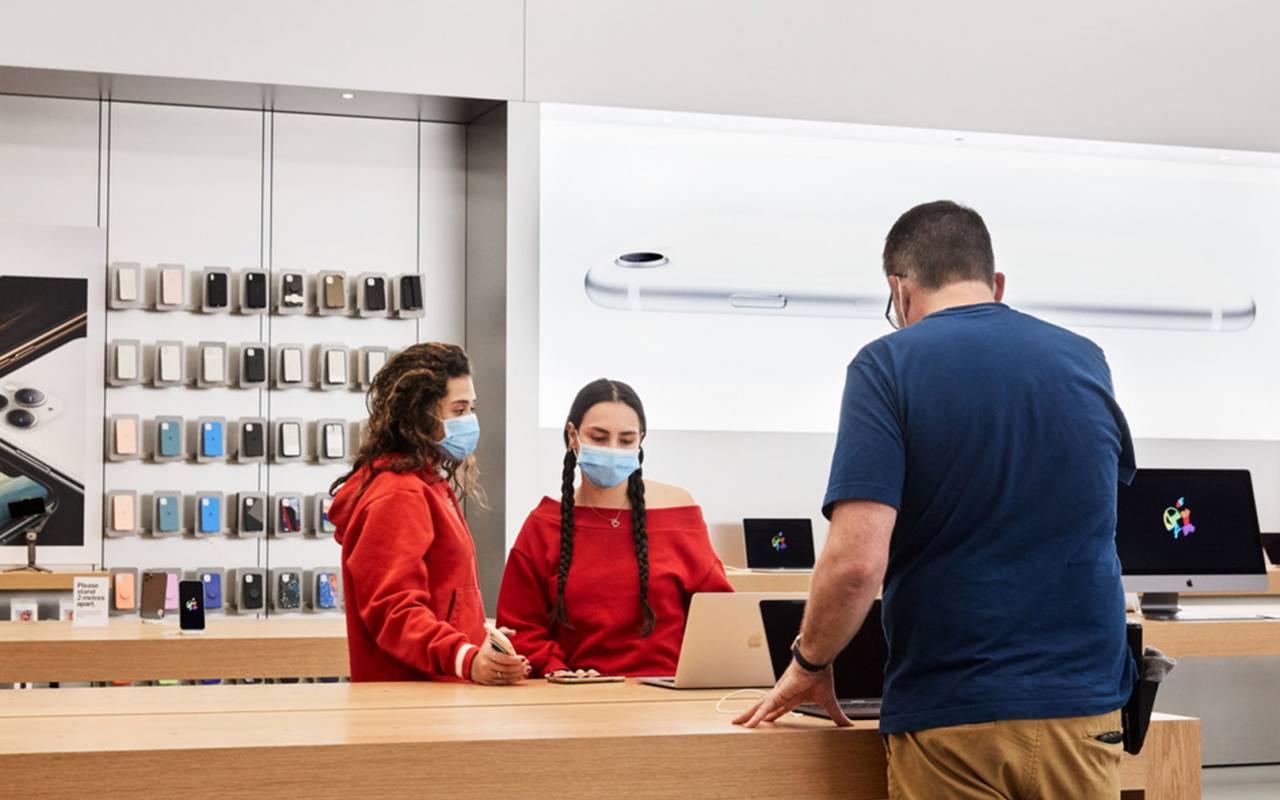 Probably most controversial, given pockets of reluctance in the US to wear masks, will be Apple’s policy on covering up your face. “Face coverings will be required for all of our teams and customers,” the company confirms, “and we will provide them to customers who don’t bring their own.”

The reality is that it might still be easier to avoid physical Apple Stores, or at least going inside them if you can. Curb-side pick-up and drop off are elements Apple is considering for many of its stores, for example, so that orders can be collected without shoppers having to go inside. Online orders can be shipped to a home address, or delivered to a store for those pick-up options.

Genius Bar appointments will continue to be one-on-one. Apple’s “Find a Store” locator tool will show reopening details for each location.

While the economic impact of the ongoing pandemic is still far from calculated, Apple’s online sales have been a rising star. The company announced its Q2 2020 results at the end of April, setting new records for revenue.