Apple rumor tips a new kind of device, at last

A new Apple device was tipped this week with a look and aim unlike any we’ve seen before. This new device is not a phone, or a tablet, or a laptop. It’s not a desktop computer – but it can compute. It would appear that Apple’s latest development is in a device that’s something like a cross between a HomePod and an Apple TV, potentially making Apple TV a device with a screen, at long last.

It would appear that Apple is ready to make Apple TV a part of a device that can actually operate without a 3rd-party display. According to a report from earlier this year from Bloomberg writer Mark Gurman, Apple has begun developing a device that “would combine an Apple TV set-top box with a HomePod speaker” and a camera to allow smart home functions and FaceTime video conferencing abilities.

A more recent report this week suggests that the new device remains in development – suggesting it wasn’t just a concept, but a full-fledged machine that’s far more likely to make its way to the public.

The device could change Apple’s standing in the streaming video service market, allowing Apple TV+ to take its place among the biggest names in the business: Netflix, Hulu, HBO Max, Paramount+, and Disney+. BELOW: The industrial design of the Apple HomePod could be the basis for the build of the device or devices we’re reporting on today. 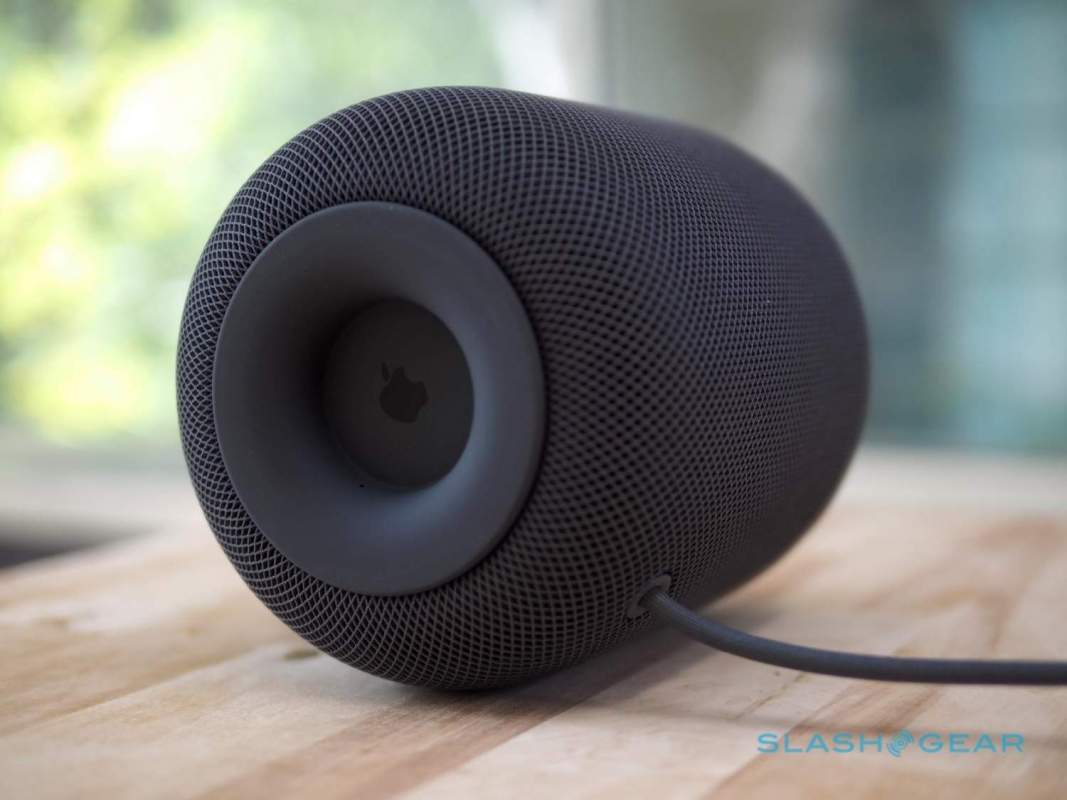 Gurman also suggested that Apple is exploring creating a higher-end HomePod speaker with an iPad-like device attached to an arm that could move to follow a user’s face around a room. This could be used for FaceTime alone, or it could act as an Apple TV device for users who like to be mobile in their own living space – either way, it’s difficult to imagine Apple avoiding making a machine that looks like the iMac G4, a device that was effectively a display attached to a computer base by a long, adjustable neck.

NOTE: That’s the mock-up you see above, an original iMac G4, with a display replaced with an Apple TV home screen. It could really be this simple – but it’ll likely be something slightly more elegant.