Apple Pay is now available in France and Hong Kong, allowing Apple users in both countries to use the company’s mobile payment system. As with Apple Pay in other supported countries, those in France and Hong Kong can use certain banking cards to make payments using their Apple Watch or iPhone; in France, MasterCard and Visa debit cards can be used, while in Hong Kong some MasterCard and Visa payment cards are supported, as well as American Express credit cards. 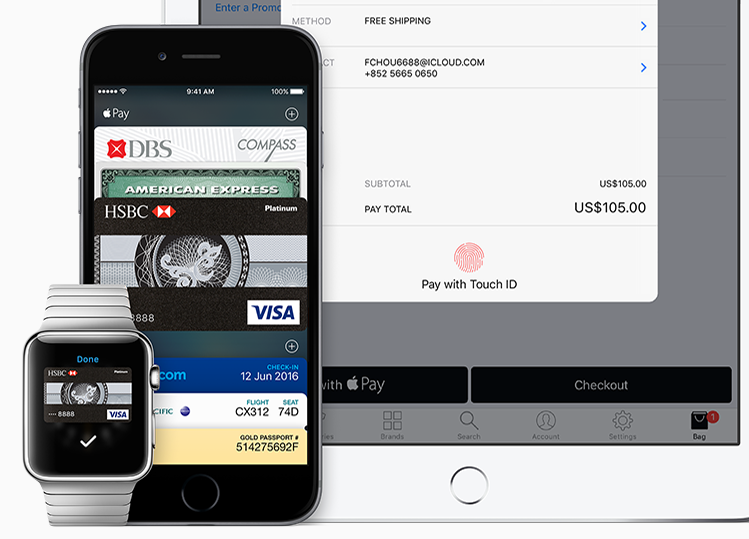 As in other places, only some cards can be used. In France, Apple Pay users can add debit cards from banks like Banque Populare and Caisse d’Epargne as well as Ticket Restaurant cards. In Hong Kong, cards from HSBC, DBS, BOCHK, and other popular banks are supported, with support soon to be added for HKT and BEA.

Consumers have been very receptive of Apple Pay, and it has made a steady trot across the world, slowly expanding into additional countries to, at this time, cover places like the US, Canada, Australia, Singapore, Switzerland, the UK, and China. Overall, Apple Pay users have more than ten million locations across multiple countries where they can use the mobile payment platform, and user numbers are growing quickly.