Apple Pay might be more convenient for consumers, but what’s Apple’s angle in the whole scheme? Why do they want to offer us the ability to use their mobile payment service? Aside from the small percentage we already knew Apple was skimming per transaction, we are now getting additional news about Apple’s gain with Pay. The percentage points Apple gets are just the tip of it all, and these details show just how structured the plan is, top to bottom.

Financially, Apple gets 0.15% per transaction. That much was known, but $0.05 per debit transaction is a new one. Those small transaction pinches are gathered by the card issuer, then paid out to Apple.

Card issuers must also allow 95% of their portfolio to participate in Apple Pay. That doesn’t relate to gift cards or ATM-only cards, though — just anything with a logo from a credit company like Visa. 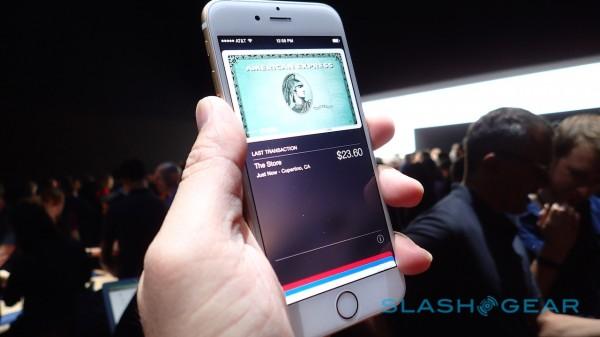 Up to twice a year, Apple can request from card issuers that they prove their payments to Apple are accurate. If Apple isn’t satisfied their income isn’t right, they can request it be audited by an outside company to verify what they’re earning is correct.

Card issuers must also provide Apple with statistical data in about 36 different categories, with things like transaction and purchase volume being noted in the report. Apple also wants to know top 100 merchants we’re using Apple Pay at, and our average spend.

The report also notes Apple relies heavily on Visa and MasterCard for help. After tokenization, which is what makes Apple Pay secure, both companies have a “large operational role”. That makes them partners more than issuers for Apple Pay, and strong allies moving forward, especially int he face of other upstart and resurgent mobile payment solutions.