Apple may have devised a new Smart Connector for its iPad Pro line, but so far that has been utilized for one and one thing only: a keyboard Smart Cover. Of course, Apple had more in mind in the past, even if only one actually made it to production. At least for now. The company was just recently awarded a patent for a Smart Cover that clearly does more than the current incarnation, including one with solar panels, flexible displays, and even another display just for sketching.

This patent was filed way back in 2011, which, of course, predated any iPad Pro, or even rumors of it. Here we see the evolution of Apple’s ideas for smart covers, which would end up in only one iteration so far. Some probably won’t even make it to a real product anymore. For example, the smart cover that has a second display that can be used for drawing, ala a Wacom Cintiq, is now made obsolete by the Apple Pencil anyway. Then again, having another display for sketching or note taking while the main screen is displaying some reference material might still be useful even today. 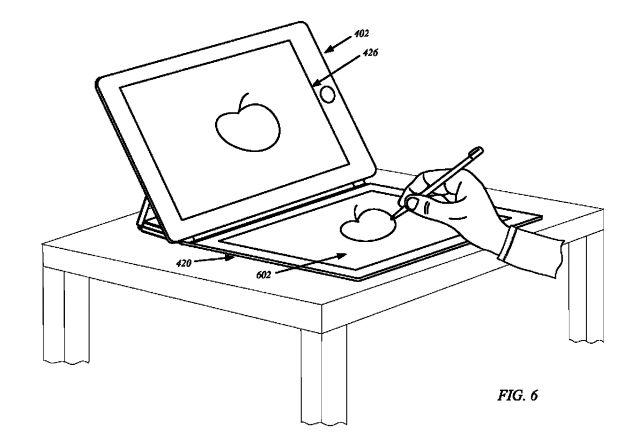 Other use cases range from useful to bizarre. The solar panel cover, for example, might not exactly be practical. It does also have an embedded display of its own for another row of icons. Another example has extra functionality not on the exposed areas of the cover itself but in one of the folded sides facing away from the user. These can have controls for media playback and volume, for example. There is also one where the cover is in fact a flexible display for showing reminders and whatnot, even when the iPad is closed. 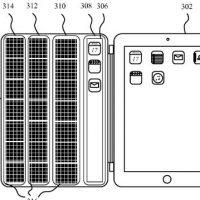 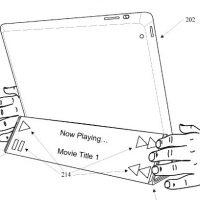 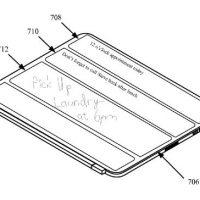 Of course, these are just patents, and old ones at that, so there is no assurance they will even see the light of day. It does, however, prove that Apple did have more planned for the smart connector. How and when those plans will take flesh is something iPad Pro owners are most likely eagerly waiting for.