While smartphones have become more advanced and sophisticated, almost all of them aren’t that smart in protecting users from one of the most basic yet also the most dangerous threat of all: nuisance phone calls. Those range from simply annoying prank calls to dangerous phishing scams, and while there are apps that try to detect and curb those, scammers always have ways to get around those. That is why one of Apple’s latest patents tries to cut the scam at the root by trying to identify it even before it reaches your ears.

Scammers and criminals have also gotten more sophisticated in their tools and methods. Their strategy often involves modifying data headers that accompany each phone call to mask the source of the call or to use a different number to get past phone screening apps and services. As with hackers, it’s always a game of cat and mouse, and the Apple cat may soon have an edge in this round.

As with anything involving networks and networking infrastructure, the patent is a bit complicated. It involves using parts of the headers the session initiation protocol or SIP invite as identifiable headers that spoofing callers can’t modify. These would, in turn, identify the real source of the call, whether it’s passed through a forwarding device or whether it’s really coming from someone in the user’s address book. 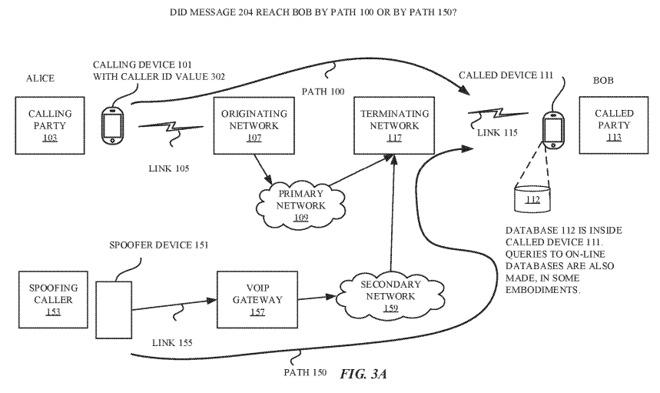 As Apple Insider notes, not all patents ever see the light of day and this one might be even harder to implement. It pretty much requires the cooperation of telecommunication companies to work. And while Apple may have some clout in the industry, such a system will also require support from governments, which it doesn’t always get.