Apple has patented a home automation technology that can turn your lights on when you enter your home, fire up your home entertainment system when you’re on your way, adjust HVAC settings depending on your activities in remote locations, and untold other applications, Apple Insider has revealed. The system would combine geo-fencing with activity detection, so that not only your location but also your specific activities inform the automated tasks. The patent was awarded today.

The home automation technology relies on the whereabouts of your iOS devices like iPhones and iPads, but it also is intended to integrate data from other sources like electronic key fobs and building entrance transmitters. The system would be either programmable on a device-to-device basis, with specific triggers and tasks specified by the user, or it would be able to read your behavior and gradually build a menu of tasks.

In terms of real-world application, the technology is still a few years out, Apple Insider suggests. But it could represent a sea change in not only home- but also business-automation. Instead of reminding you of what you would like to do, it just does it for you through the Internet of Things. It also sets itself apart from mere geo-fencing by detecting your activities, something no other patent has claimed as yet. 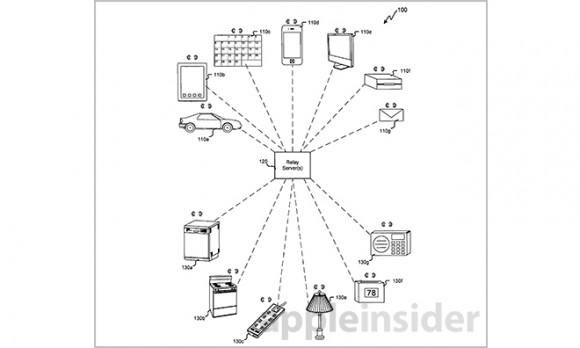 The patent documents were released today as well. They describe a Byzantine array of location estimators, activity detectors, communication protocols, receivers, transmitters and other components. It would connect with all types of telecommunications technologies, including GPS, cell phone towers, Wi-Fi and IP detection. With a system this complex, Apple’s integrated automation ecosystem could either vastly simplify our lives or open the door to more technology chaos. Time will tell.