Apple‘s annual Worldwide Developers Conference starts in just one week, and to help attendees prepare for the week-long event, the company has released a WWDC app that includes all sorts of information that should prove useful for conference goers. The app includes session info, videos, and maps of the convention floor at Moscone West.

The app works on both the iPhone and iPad, and it lets attendees keep track of all the different sessions that are taking place, including when and where they’re happening. The maps are essentially layouts of Moscone West, and it gives users a visual view of where sessions are taking place, and they can help attendees find their way around if they ever get lost. 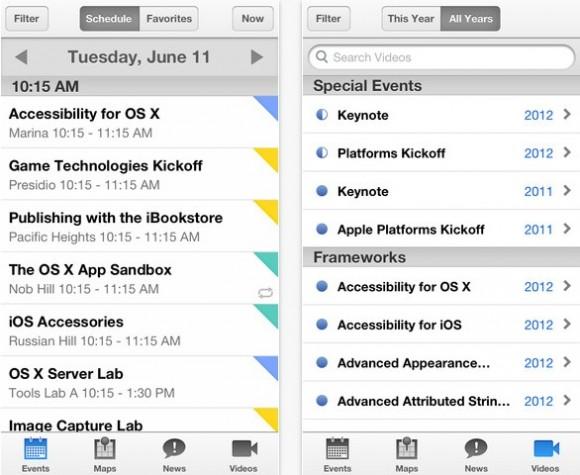 One of the more interesting sessions that will be going on during the conference is a talk with Bill Nye the Science Guy who will be leading a session called “Twenty Years Exploring the PB and J (Passion, Beauty and Joy) of Science. That should be rather interesting, and other notable speakers during WWDC also include Star Trek actor LeVar Burton, and director JJ Abrams.

WWDC kicks off next week on Monday, with an opening keynote from CEO Tim Cook and company. That’s the time when we should be seeing some new hardware from Apple, including new Macs, as well as iOS 7, which designer Jony Ive has taken over the reigns for recently. Of course, no one is positive as to what Apple will announce, but we’ll be their live to report back the details to you as they happen.