Apple One finally bundles all of Apple’s subscriptions together

It’s no secret that Apple has a fondness for subscription services, as over the past several years it’s rolled out subscriptions for music, news, games, and now even fitness. If you’re waist deep in the Apple ecosystem, then you know there are a ton of services to potentially subscribe to, and most of us figured it was only a matter of time before Apple decided to bundle them together. It turns out the company is doing just that with a new service called Apple One.

Despite what the name suggests, Apple One is not just a single collection of all of Apple’s subscription services. Instead, it has a few different tiers. The base tier will run $14.95 per month for individual users and include subscriptions to Apple Music, Apple TV+, Apple Arcade, and 50GB of iCloud storage. A family plan, which includes all of these same services but grants access to up to six users and bumps the iCloud storage up to 200GB, will run $5 more – $19.95 per month. 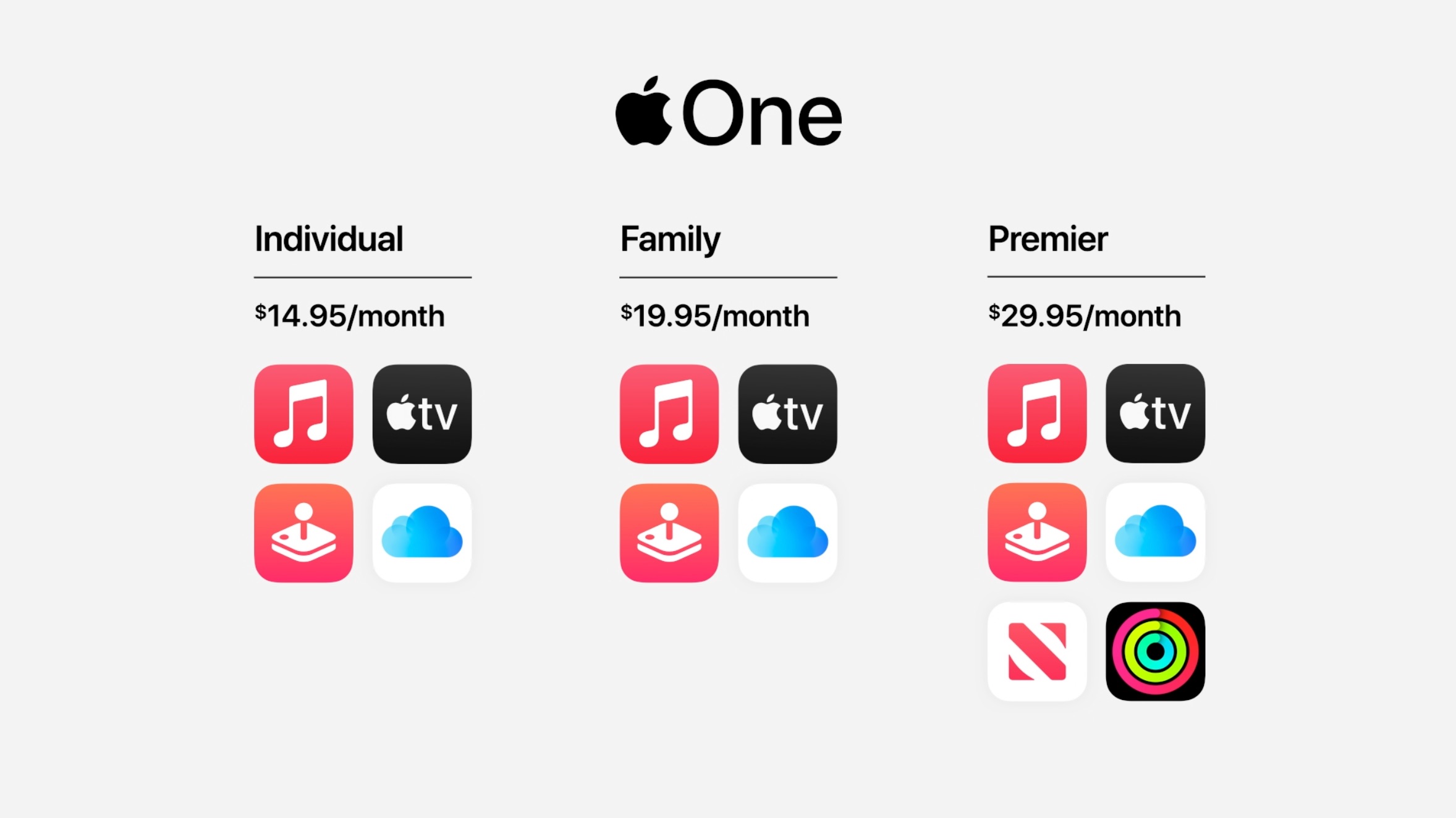 What if you want the freshly-announced Apple Fitness+ and Apple News+. Unfortunately, you’ll have to shell out more cash for those, as they’re only available in Apple One Premier. Premier includes the four services that are in the individual and family plans but tosses in subscriptions to Apple News+ and Apple Fitness+ as well as bringing iCloud storage up to 2TB. Its monthly cost? $29.95, double that of the individual Apple One plan, though it is worth noting that Apple One Premier can be shared with up to six family members as well.

So, from this pricing alone, it’s clear that Apple values Apple News+ and Apple Fitness+ higher than it values the other four subscriptions. Apple One will also give you a 30 day free trial to any Apple services you aren’t currently subscribed to, so you can take those for a spin during the trial to see if the all-encompassing Apple One subscription is the right buy.

It’ll be interesting to see how much of a success Apple One turns out to be. While the individual plan might be priced right at $14.95, some folks might find the $29.95/month Apple One Premier plan to be too expensive a pill to swallow. We’ll find out soon enough, as Apple One will launch later this fall.