Apple just announced a new Apple Event that’ll go live on October 18, 2021. This event’s official invite features an Apple logo exploding into stars – almost like we’re about to head into hyperspace. It is quite likely that we’ll see the reveal of several new MacOS computers, MacBook Pro devices in 14 and 16-inch sizes, a new Mac mini Pro, AirPods 3, and some more information on macOS Monterey.

Generally Apple’s invites don’t give away a whole lot about the contents of their associated event, but wouldn’t it be cool if Apple had some sort of Star Wars or Star Trek news? Far more likely is the upgraded vision included with new MacBook Pro devices – newly enabled with the latest in Apple processor tech.

We’re talking M1X power inside, with the possibility that there’ll be a High Power Mode that’ll allow the machines to make FULL use of their processing abilities. Perhaps more importantly, these MacBook Pro devices could be the first in a while to come with higher resolution displays. 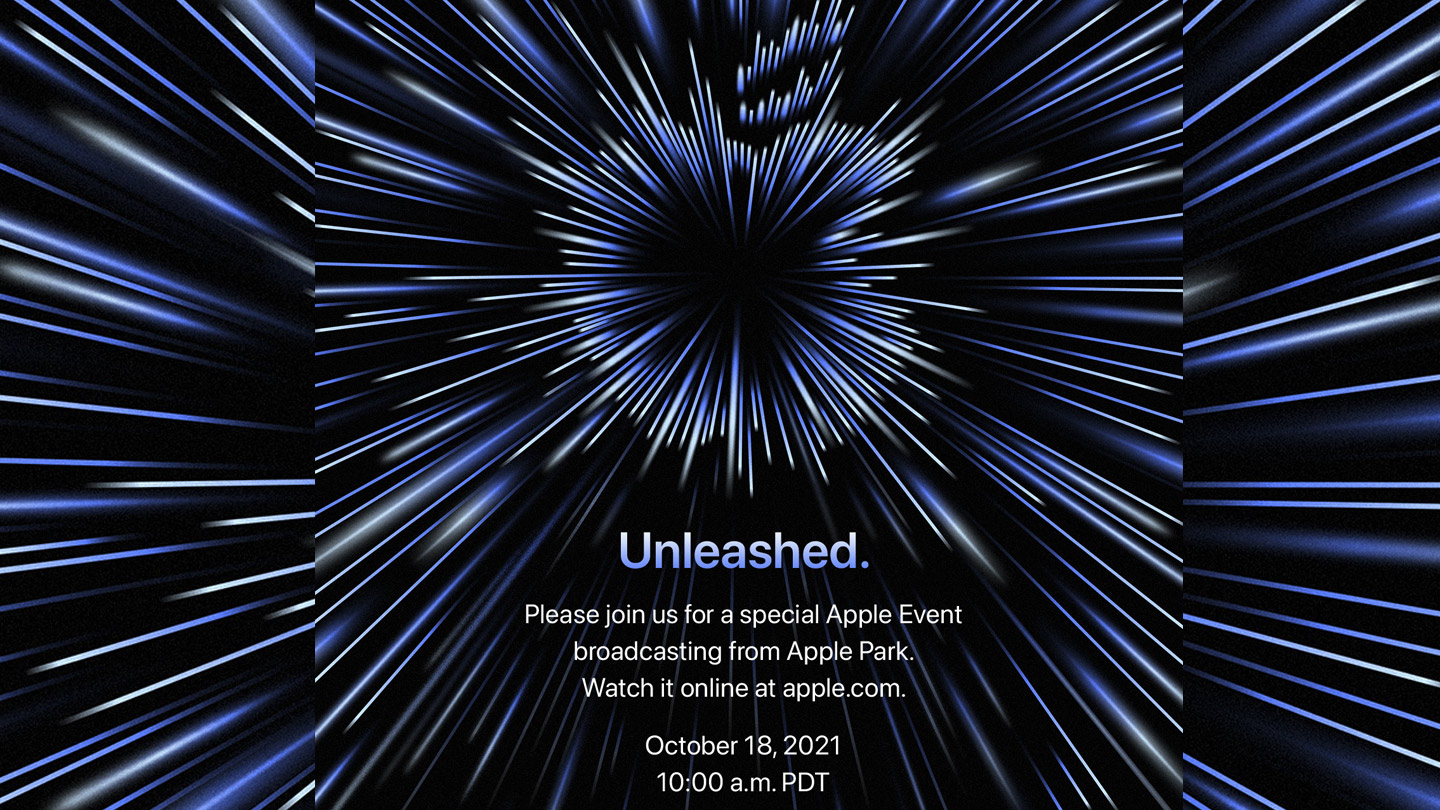 Above you’ll get a better view of the full invite from Apple. This is the sort of event that effectively tags the rest of the devices that’ve not yet been given a proper update through the rest of the months of the year 2021. A new MacBook Pro with a 14-inch display, another with a 16-inch display, a new pair of AirPods, and the potential for a new Mac Mini – the one we’ve been waiting for.

The new Apple Event “Unleashed” will take place on October 18, 2021 at 10AM PDT. That is 12 noon Central, 1PM Eastern Time. This event will be available for viewing at Apple’s homepage, and we’ll be covering it all here at SlashGear in our main news feed. Stick around for details and hands-on action – followed by reviews of any and all new Apple products!