Apple now allows everyone to create, save files in iCloud

One of the things Apple had working against them when it came to creating files for use in the cloud was actually creating files in the cloud itself. Though you could save a Pages document or presentation made via Keynote in iCloud, creating one via iCloud.com wasn’t really a thing. Until now. Today, Apple is rolling out file creation in iCloud, all via a browser. Now, you don’t even need access to an OS X or iOS device to use Pages, Keynote, or Numbers.

Find your way to a browser, log into iCloud, and away you go. Though all services still have their ‘beta’ tag, creating documents in the cloud is pretty simple and straightforward.

Editing tools are all there, and closely mimic the standalone app for OS X. Though it’s not a carbon copy, it’s much more than a simple text editor in the cloud. Pages, Keynote, and Numbers are all fairly well built for the cloud. 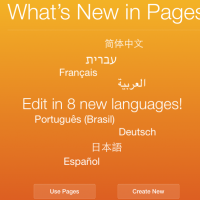 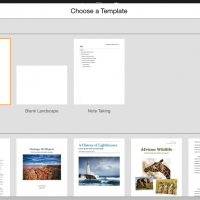 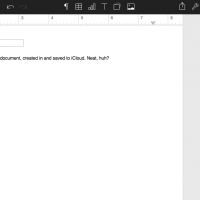 This aligns Apple a bit more with Microsoft Office 365 and Google Drive. Though we’re sure Apple users will still want to go the normal route for file creation, this option at least lets them actually work in the cloud rather than access files stored in the cloud.

Apple says iCloud.com supports all major browsers, so there aren’t a lot of folks who will be left out, here. New web-only accounts will be limited to 1GB storage.

What we find via iCloud is free to use for anyone, but Apple is limiting some features for iOS or OS X users. If you want to save to iCloud from the desktop, for instance, you’ll need an Apple device.

Even with the beta tag, Apple’s iCloud services for Pages, Keynote, and Numbers is actually pretty good. It’s probably about as useful for simple documents as anything else out there.