Today, Apple is rolling out some interesting features for Apple News and Apple News+ subscribers. Chief among these new features are audio stories, which will see Apple offering audio recordings of select long-form content from a variety of sources. On top of that, there’s also a new daily news briefing that all listeners will be able to check out, along with the addition of more local and regional news outlets.

Audio Stories are launching today and are more or less an alternative way to get the news. As the name suggests, these are recordings of long-form articles, only the recordings are done by professional voice actors. Audio Stories will use long-form pieces from publications like Esquire, Essence, Fast Company, QG, New York Magazine, Sports Illustrated, TIME, Vanity Fair, Vogue, and Wired, along with newspapers such as the Los Angeles Times and The Wall Street Journal.

Apple plans to release around 20 Audio Stories per week, so it’ll definitely be a curated selection of content rather than a heaping helping of it. Audio Stories are only available to Apple News+ subscribers, but free users aren’t being cut out of the audio loop entirely. Apple is also launching a daily news briefing called Apple News Today, hosted by Shumita Basu and Duarte Geraldino. The show will be available each day, Monday through Friday, in both the News app and through Apple Podcasts for all listeners. 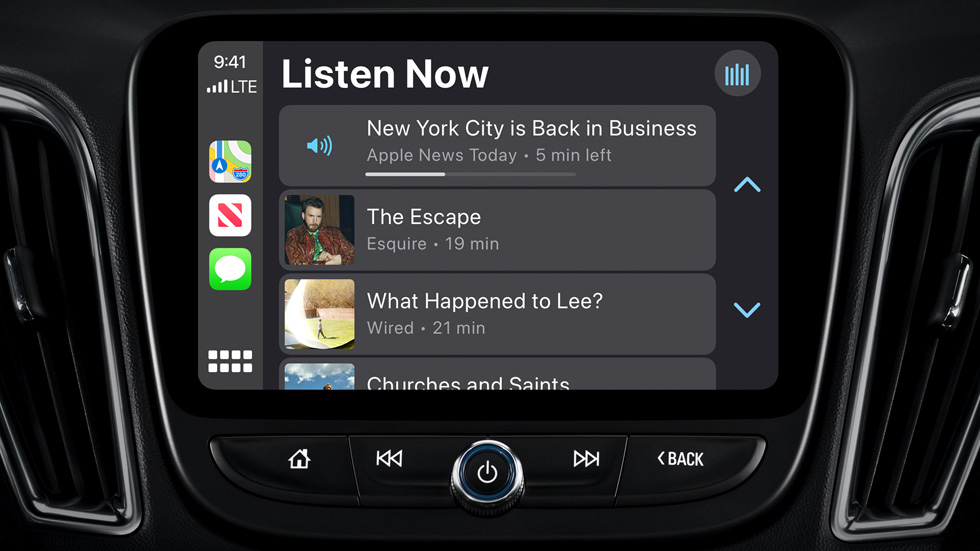 Apple has also sent CarPlay support for the News app live, so if you’re an Apple News+ subscriber looking to listen to those Audio Stories, you’ll be able to do so on your commute with listening progress automatically syncing across your devices.

Finally, Apple has rolled out what it calls a “curated local news experience” in the Bay Area, Houston, Los Angeles, New York, and San Francisco. Apple promises that these collections will feature “a variety of content from a diverse collection of local publishers, including a major newspaper in each city and region.” In addition, the company has added more local news sources to Apple News – here in the US, The Charlotte Observer, the Idaho Stateman, The Kansas City Star, the Miami Herald, The News & Observer, and The State (out of Columbia, South Carolina) have all been added.

So, all in all, this is a pretty big day for Apple News, at least in terms of new features. Audio Stories could indeed make Apple News+ a more attractive subscription for those who like to listen to podcasts during their commute, and of course, adding more local sources might sway some of the people living in those areas. All of these features are live beginning today, so check them out.