This is the (new) Apple robot that recycles your iPhone

Apple just revealed their new robot made for taking your iPhone apart, piece by piece. This is a new version of the robot introduced in 2011 that had a very similar task. That 2016 robot was called Liam, and this new robot is called Daisy. This version of the iPhone-take-apart robot isn’t just a recycler, it’s made of recycled parts – actually cannibalized parts from Liam.

The Daisy robot is able to deconstruct nine different versions of the iPhone. Those nine different versions are deconstructed by Daisy and sorted into bins for recycling that’d otherwise be impossible. Or rather, possible, but only at a far slower rate – and you can’t just recycle a whole iPhone and expect it to be re-made into new stuff without all the individual parts taken apart.

Apple suggested Daisy was capable of taking apart 200 iPhone devices ever single hour of operation. Daisy is able to “recover materials traditional recyclers can’t – and at a higher quality.” Basically Daisy has no downside – except if you’re a recycler who makes money taking iPhones apart, and you distrust our futuristic robot overlords. 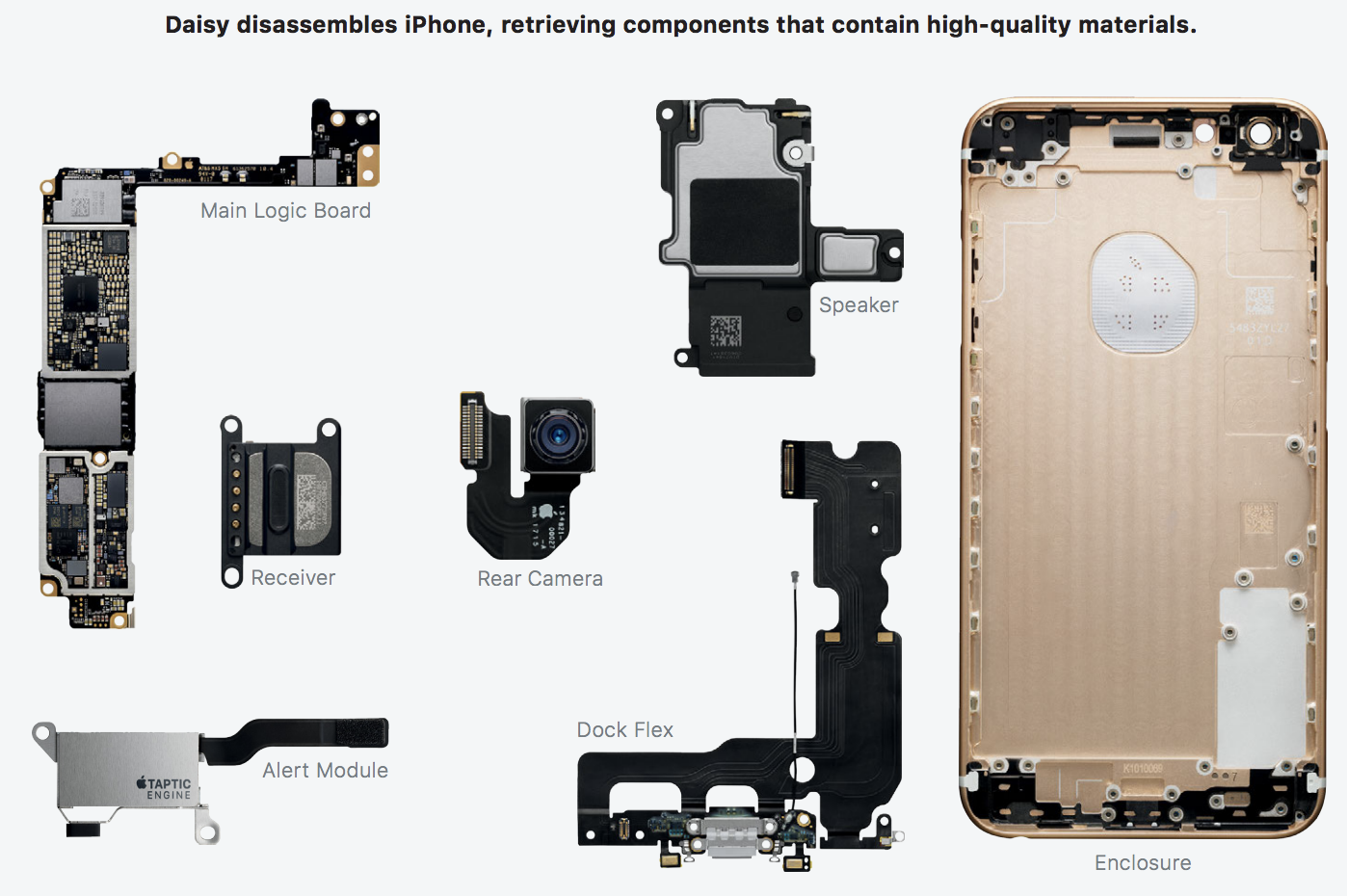 The company also announced they’re donating cash to Conservation International in the near future. Apple said they’d make a donation (of an undisclosed amount) for every phone traded in to Apple dot com or through Apple Stores from now through April 30th, 2018. Cross your fingers the whole industry continues to move in this direction on Earth Day – and every day from this day forward.