Apple has gone all out with Messages in iOS 10, adding ’emojification’ and a bunch of other stuff that makes your digital conversations a little more robust. The speech bubbles, for example, can be sent gently or forcefully for added effect; if sans-serif isn’t your thing, you can send a message in your own handwriting. And, of course, there are the emoji, as well as some other exciting changes.

The Messages update was a big one, and kicking off the changes are inline rich links, which shows a preview before you tap the link. Even better, rich previews for videos allow those videos to play directly within the rich link. Apple has also made camera usage in Messages better, with the camera opening directly to the camera.

For the conversation taking place around those photos, there’s also now emoji that are 3x times bigger, kind of like the big ones you can use in Facebook Messenger. And what about emojification? That’s a fancy way of saying that Messages will now highlight ‘emojifiable’ words so that you can quickly replace them with a related emoji. If you’ve typed out that you’re playing basketball, for example, it may highlight that so you can replace the word with a basketball emoji. 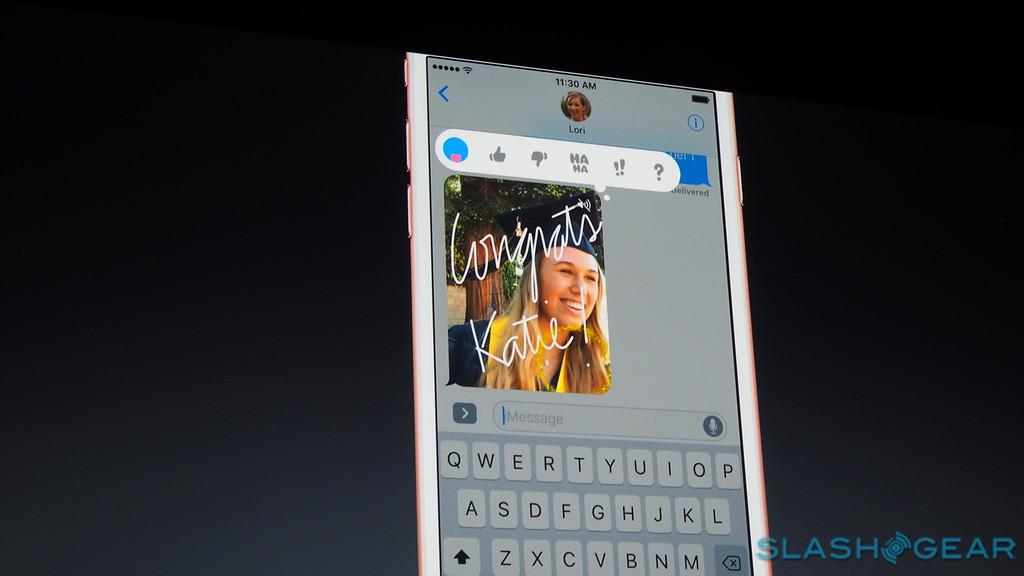 Users can also obscure text behind some grit that needs to be ‘wiped’ away for a proper surprise reveal. 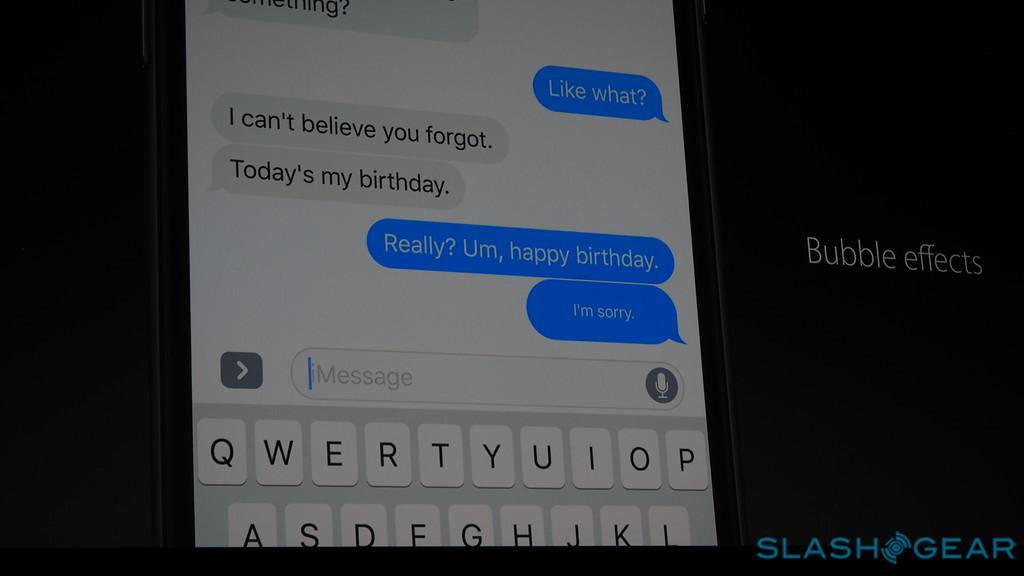 Messages can also be used to send handwritten texts, and users can send Tapbacks like those thumbs up responses usually sent on Messenger. There’s an integration with Apple Music, as well, for playing a track inline.

Joining all of this, which is fairly standard stuff in other messaging apps, is that Messages has been opened up to developers to bring apps in Messages, with the latter having an app drawer in which the apps are located. These apps can enable things like sending stickers, making payments to others, and more. These new features can be received on both the Apple Watch and Mac computers, but the latter two can’t send them.

Be sure to check out the SlashGear Apple Hub for more WWDC 2016 news!