Today you’ll be able to access the next big update to Apple’s desktop operating system. This is macOS Big Sur, an update to the desktop space for users that wish to check said major changes out before they’re sent to all Apple computers post-beta. For now, we’re in Public Beta, which means it’s probably OK to give the software a whirl, but it’s still BETA – which can mean there MAY be issues.

Big Sur is macOS 11, which means… not a whole lot to the average user. It’s just a change of name, for the most part. It does sort of symbolize Apple’s move into the future, past the point at which mobile operating systems and desktop operating systems were absolutely, positively different monsters.

According to Apple, macOS Big Sure is a “Bold new experience” with the “Same Mac magic.” Tiny changes that make a big difference are in this operating system without a doubt. Case in point: the “refreshed dock” with its “new uniform shape for app icons” that was enacted to add consistency “while letting the personality of Mac shine through.”

You’ll find a new Control Center (aka a new control panel, if you will), with quick adjustment controls that look a whole lot like they’re made for tapping… with a touchscreen. 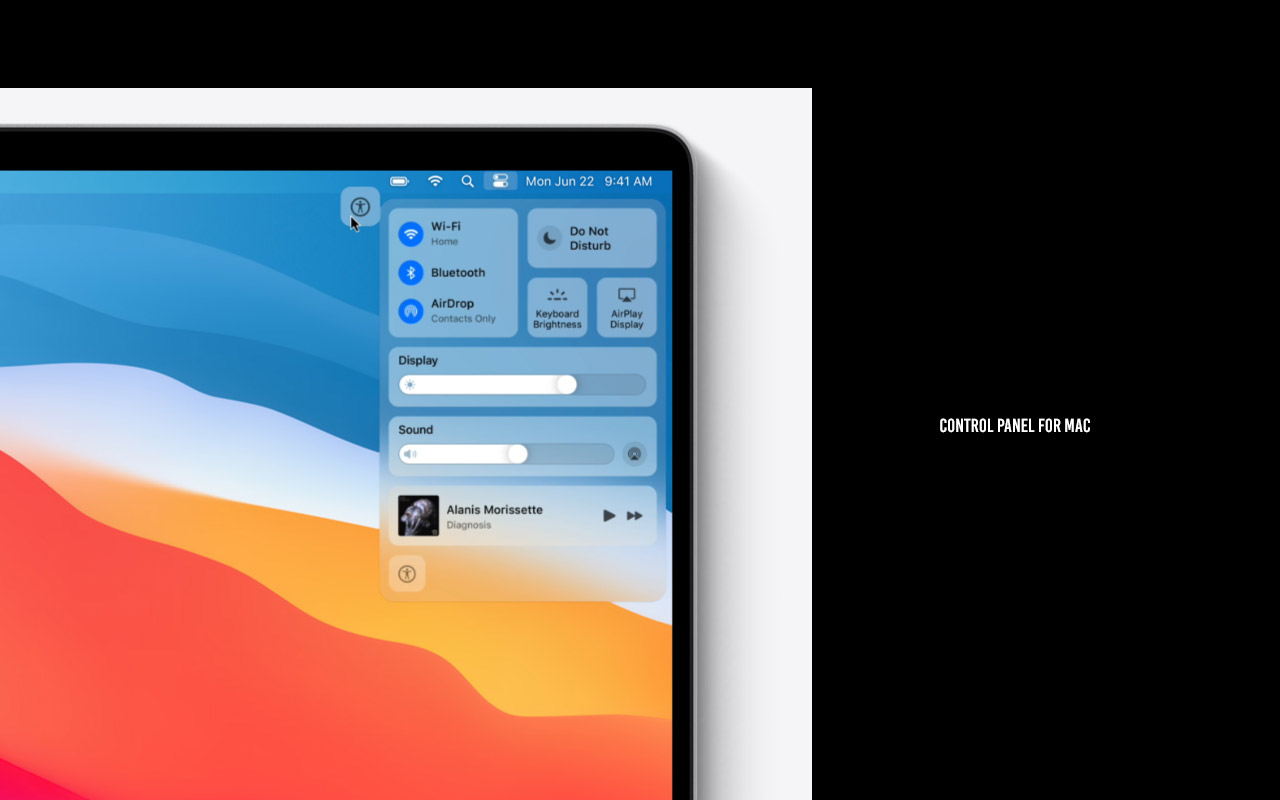 You’ll have easier and more full-powered connectivity with Messages on Mac, and there’s a new version of Safari. Apple’s updated Maps, “updated to make the most of your big display.” The App Store now has “new privacy information” that Apple suggests is “just like nutrition labels” in how they “help you understand what’s in food before you buy it.”

Listen Now is a new “home for Apple Music” so you’re not looking for an Apple Music app or an iTunes or… whatever else you’d have used in the past. It’s all in what’s called “Listen Now” with an icon that looks a WHOLE lot like Apple Music… or iTunes.

This update brings AirPods automatic device switching, and editing in Photos, and HomeKit Secure Video notifications too. Watch the Apple presentation of Big Sur in the video below starting at around 1:08.

If you want to update this week, you’ll want to have aleast one of the computers listed below. This includes MacBooks, MacBook Air, Pro, Mac Mini, iMac, iMac Pro, and Mac Pro.

If you’d like to give this software a whirl, know that you’re still participating in a BETA, even though it is a Public Beta. That does not mean it’s 100% ready for all users, just that Apple’s ready to allow the public to test the software, with the understanding that it might not yet be perfect for everyone. Take a peek at the Apple Beta Software Program page and you’ll need to sign up to make it all run right.