Inside your the Lighting cord that now connects your iPhone 5 to your computer is a newly discovered set of four chips, one of which may very well be the fabled “security chip” that stops 3rd party manufacturers from reproducing the hardware. All four chips are ever so slightly different, each of them having their own part name. Two of these bits of architecture are transistors, one is an NXP NX20P3, and the final bit is an unknown Texas Instruments-produced chip.

The TI chip in question here bears the marking “BQ2025”, so says Chipworks, the group taking an undeniably up close and personal look at the technology this week. They note that though TI has several chips on file with names near the one found on Apple’s part, BQ2022, BQ2023, BQ2024, and BQ2026, non of them are the one we see here. Each of them do, on the other hand, have common characteristics including a single wire SDQ interface (for serial communications protocol) and some security features like CRC generation. 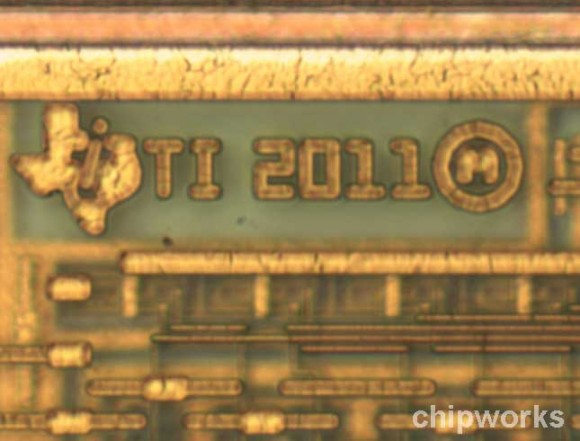 CRC is a system that essentially checks for redundancy in system so that data doesn’t get corrupted as you move it back and forth during file transfers. This piece of technology has been shown to be working with around 5k gates of logic and EPROM, with 64 or 128 bits of storage. It’s noted that because of all this as well as the appearance of some large driver transistors, a bunch of capacitance, and a lovely collection of analog circuitry, “this is certainly all consistent with a serial communication chip including some simple security features.” 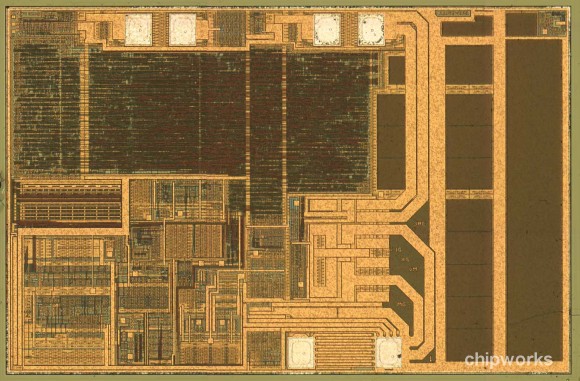 The firm notes that the security in this cable appears to be “just enough” to keep them from being copied, the technology being that of an “olden days” product well before the current age of printer cartridges and flash drive memory – it’s hypothesized that this is to keep costs down as many, many Lightning cords must be produced. The rest of the chips are more basic and ready to be identified as such, with Chipworks letting it be known:

“The NXP NX20P3 includes one huge transistor occupying over 75% of the die area. It also has a fair amount of analog circuitry, as would be consistent with their line of charging devices for peripherals – from our last trip to the Applied Power Electronics Conference (APEC) we know that this is a market that NXP is very strong in. The last two dies appear to be simple power transistors. Good design wins again for TI and NXP!” – Chipworks 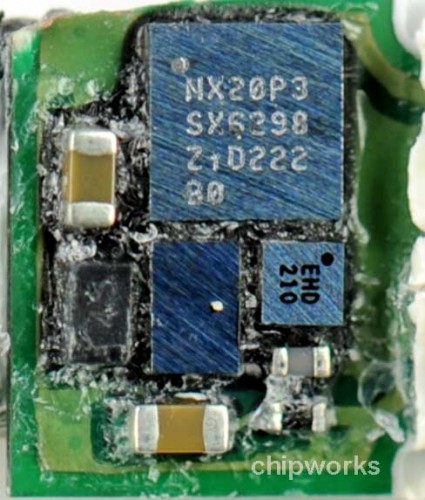 Now we’ve got to see if those 3rd party groups deciding to release their own “Lightning” connectors here before all this was known will be able to deliver. We’re going to go ahead and suggest you stay away from such cables until they’re tested and proven NOT to bust your devices up with great glee. Stick to Apple for now, folks!