Apple surprised many people at their recent iPod launch event by focusing on the iPod nano rather than their flagship touchscreen PMP, the iPod touch.  Still, they saved a little magic for the third-generation model, including a lower starting price and some games-focused speed boosts higher up in the range.  Does the iPod touch 3G stay ahead of the pack, or did Apple miss a trick by not tweaking further?  Check out our review after the cut.

Video head-to-head with iPhone 3GS after the cut

Physically, the iPod touch 3G is unchanged over its second-gen counterpart.  That means you get the same, slender chrome-finish casing, side-mounted volume keys, a lock/power button up top and a docking port on the bottom.  What many were hoping for – a camera, like that of the iPod nano or iPhone 3GS – failed to materialize.  In fact, the real changes are all inside, so that’s what we’ll be focusing our review on. 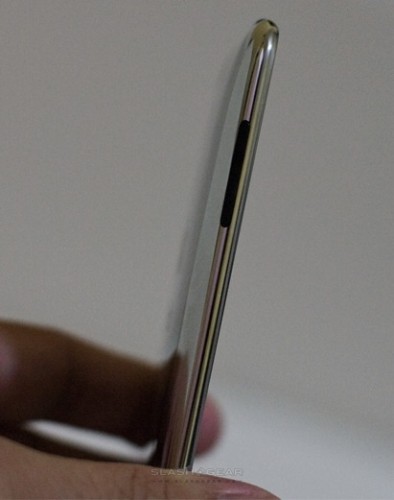 While the entry-level 8GB iPod touch remains unchanged from its second-gen format, allowing Apple to hit the all-important $199 price point, the 32GB and 64GB third-gen models get a significant boost in speed.  That’s because Apple have used the same processor from the iPhone 3GS in the two new models, and while they’ve not publicly confirmed the exact hardware specifications, as you can see in our demo video the new PMP and its smartphone sibling keep pace with each other exactly.

That adds up to faster app loading times – particularly games, which Apple are positioning the iPod touch to focus on – and speedier navigation, with the PMP whipping through menus and handling large email inboxes with far greater ease.  It also adds OpenGL 2.0 support, for better graphics, which we’ll increasingly see featuring in upcoming games.

Unfortunately, some of the iPhone 3GS’ other skills, such as true GPS, haven’t travelled over to the new iPod touch 3G, so you’re still left with WiFi triangulation.  That means it’s not really the platform for the new spate of navigation software we’re seeing in the App Store from TomTom and others.  You do, though, get A2DP stereo Bluetooth across the board, as well as Voice Control (with an in-line microphone) on the 32GB and 64GB models.  However, while that may make sense on a model like the iPod shuffle, which lacks a display, having verbal track and playlist announcements is of less use when you’ve the iPod touch’s excellent 3.5-inch 320 x 480 capacitive touchscreen.  Apple claim up to 30 hours audio or 6 hours video playback, and in our testing we found the iPod touch was certainly capable of a full day’s heavy use.

With the new third-gen iPod touch, Apple have opened the same gap that’s between the iPhone 3G 8GB and the newer iPhone 3GS in their touchscreen PMP line.  For Apple it makes sense: the older products allow them to hit the price sweet-spots required to squash the competition, while the flagship models then step in to satisfy those who demand the bleeding-edge or high-capacity storage.  At $199, the entry-level 8GB iPod touch certainly ticks most of the boxes you’d ask of a PMP, though we can’t help but look covetously at its 32GB and 64GB siblings and their doubly-fast processors and superior graphics capabilities.  If you’re only in it for the music, video and internet access, and your media library is compact, the 8GB model will do; anyone with more ambitious expectations should find the extra for the $299 32GB iPod touch 3G.  Four times the storage and twice the power keeps Apple’s PMP ahead of the game.