As far as accessories and their manufacturers go, mobile devices from Apple are probably the most lucrative business to be part of. Because of that reason alone, we shouldn’t be surprised at all that there’s some forward-thinking companies around the world, getting ready for the impending launch of a new iPhone very, very soon. Although, if you look closely enough, these very colorful cases offer a few clues, or perhaps confirmations, of what’s to come.

These cases were sent to Hardmac from one of their sources over there in China. Apparently, manufacturer Shenzhen Soonleader Electronic Co. is ramping up some production of these iPhone HD cases. As you can see from the images, there’s definitely some room being made next to the camera for what we assume will be a flash (just as we’ve seen before). And, perhaps a bit more convincingly, there’s some space cut out on the sides for the new hardware buttons that the iPhone HD is apparently going to introduce. 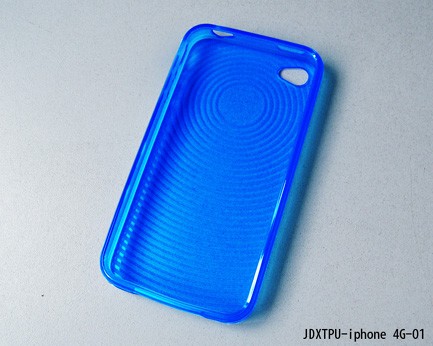 Now, these could be some very intuitive designers over in China, just going off the images that they’ve seen leaked all over the place. Or, this could very well indeed be yet another nail in Apple’s iPhone HD coffin, giving some more proof of what the body is going to look like. Very interesting, to say the least. Though, it’s not like we have long to wait before the official announcement.