For instance, some iCloud Music Library users had experienced problems enabling their online library when also using Apple Music, something iOS 8.4.1 fixes. Offline playback has also been tweaked, after some users found that tracks they’d added were still not showing up when Apple Music was instructed not to use data. 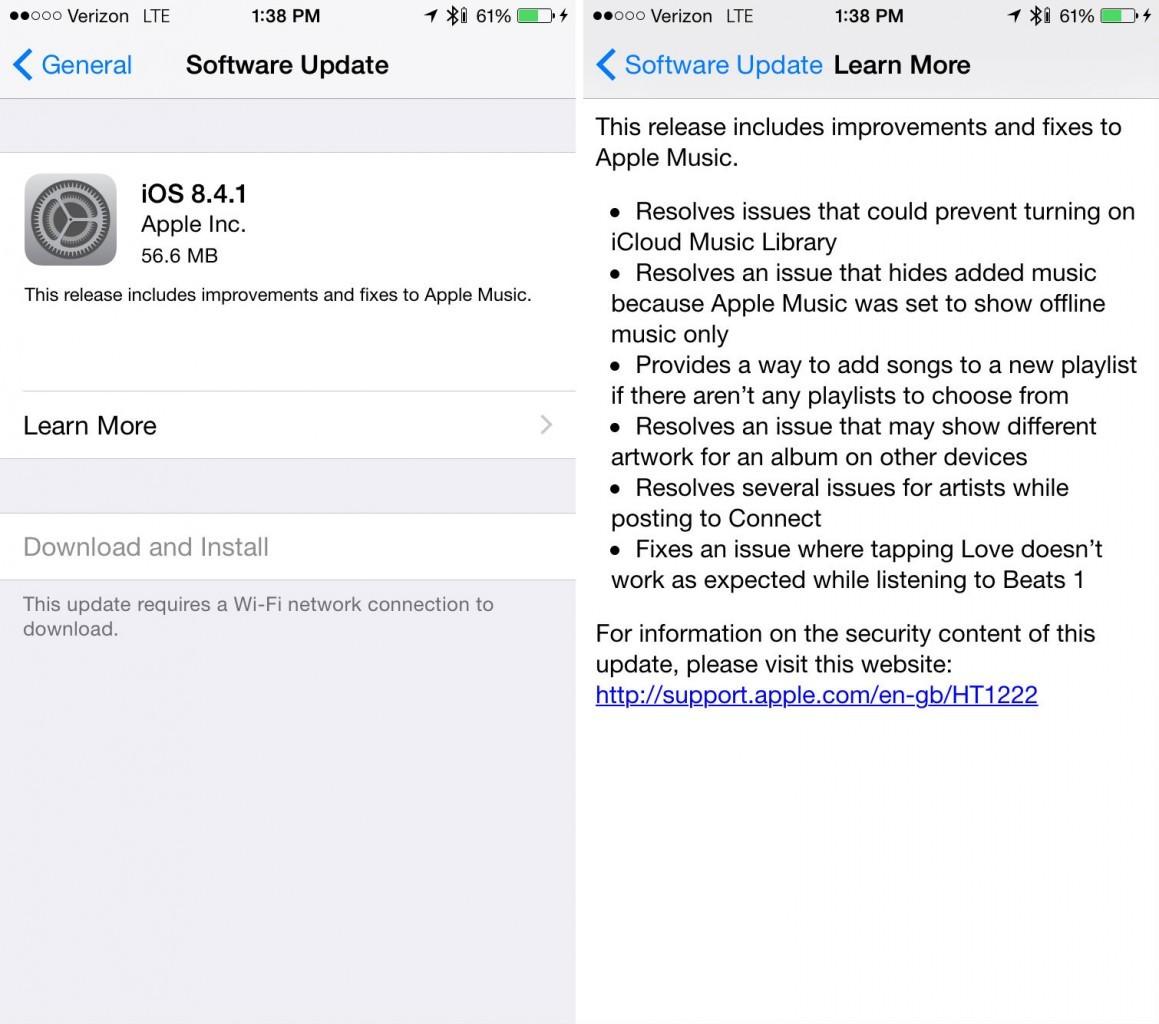 Other fixes include mixed up artwork across multiple devices and handling how tracks can be organized into playlists, even if there are no existing playlists to choose from.

You can download iOS 8.4.1 by heading to the Settings > General > Software Update menu on your iPhone, iPad, or iPod touch.