One of the largest ongoing critiques against the iPhone has been the fairly large bezels above and below the display. With Apple‘s flagship mobile device still sporting a circular home button, there’s been little to shave off and maintain the iPhone’s symmetric look. If Apple ever does decide to reduce, or eliminate, the home button, there would be nowhere to put the Touch ID fingerprint sensor, right? Maybe not, as a recent patent discovery hints that Apple may one day implement the sensor directly into its touchscreens.

Among the details in the patent titled “Fingerprint Sensor in an Electronic Device,” published last week by the US Patent and Trademark Office, are how a touchscreen-based Touch ID would be designed to scan a single fingerprint at a specific location on the display. So when it came time to unlock their device, or use a Touch ID-based feature, for example buying a song on iTunes, users would place their thumb or finger on that part of the screen for authentication. 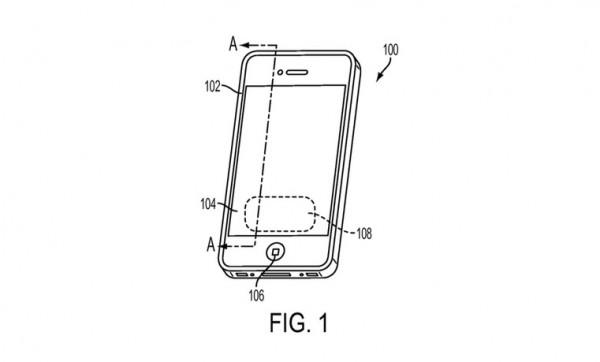 Apple’s proposed invention also mentions the ability to have a fingerprint be scanned from any single location on the screen, or even scan multiple fingers at once. Imagine when it comes time to use a Touch ID feature on an iPhone and simply placing a thumb anywhere on the screen that is comfortable. Or, in the case of an iPad, having all five fingerprints scanned by placing one’s hand on the screen. 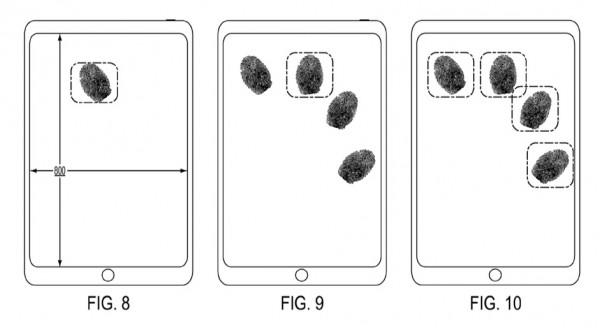 VIA Apple Insider
SOURCE US Patent and Trademark Office