You can only spin a bad thing so much before reality sinks in. Apple has been positioning the HomePod as less of a smart speaker and more of a high-quality speaker that just happens to have just a little smarts. While there’s no arguing that point, it doesn’t seem to be syncing with consumers at all. After a brief spike during preorders, the Apple HomePod has ended up with just about 10% of the market share, way behind the Amazon Echo and even behind the Google Home.

To probably everyone except Apple, it’s really no surprise. The HomePod was late to arrive, missed the holiday season, and had underwhelming features. Yes, it sounded great, but so do many other wireless speakers that also work with iPhones and the rest of Apple’s ecosystem.

At the end of the day, that’s really what the Apple HomePod is: an audio accessory. In a way, it’s not that different from the Apple AirPods save for the form and price. And that’s where the whole idea falls apart. People just weren’t willing to pay $349 for something that sounded as good as cheaper high-end Bluetooth speakers but didn’t even have the functionality of even cheaper smart speakers. 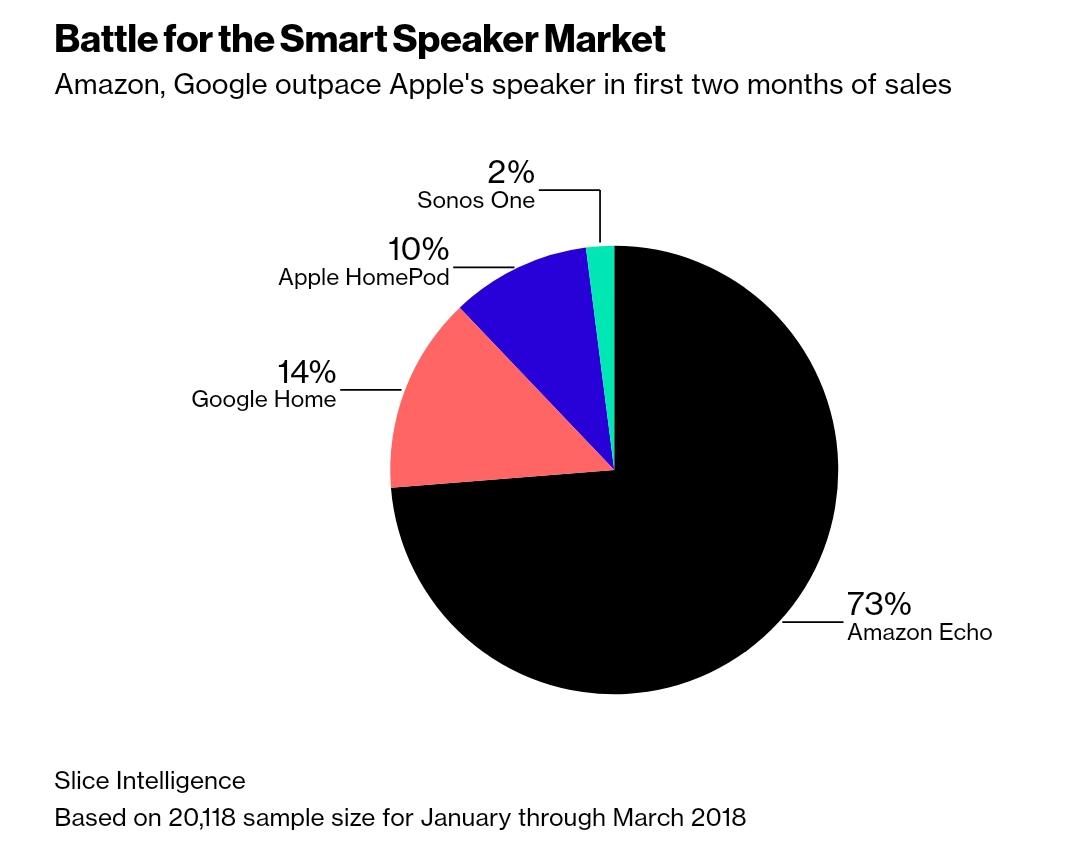 In a nutshell, it was really a matter of unmet expectations. The market, even Apple fans, were expecting something that would show the Amazon Echo and the Google Home who’s boss. What they got, instead, was a wireless speaker with Siri integration slapped on as an afterthought. Indeed, based on insider testimony, the HomePod’s development happened exactly that way.

It’s not going to end on a sad note though. Apple is no stranger to lackluster first gen products that eventually manage to redefine the market in its image. It does seem that Apple is at least listening and is working on adding much-requested functionality. It’s really only a matter of time.