Apple Fitness+ has added a new feature for those who want more spice in their stroll, with Time to Walk promising a new “audio walking experience” from celebrities like Dolly Parton and Shawn Mendes. Promising more engagement as you hit the sidewalk or the trails, the new system is much like a podcast, with Apple creating original content each week.

It’s based, like the rest of Apple Fitness+, around the Apple Watch. You’ll need headphones, too – either from Apple’s own AirPods range, or any third-party Bluetooth earbuds – which pair to the smartwatch.

“Each Time to Walk episode is shaped by the guest’s personal, life-shaping moments,” Apple explains, “and includes lessons learned, meaningful memories, thoughts on purpose and gratitude, moments of levity, and other thought-provoking topics, recorded while walking outside or in locations that are meaningful to them.”

As well as audio and music content – with each episode getting a short playlist of songs that the artist has selected – there’ll also be photos. These show up on the Apple Watch, their display timed according to what’s being discussed in the audio. Episodes run from 25 to 40 minutes, guest depending. 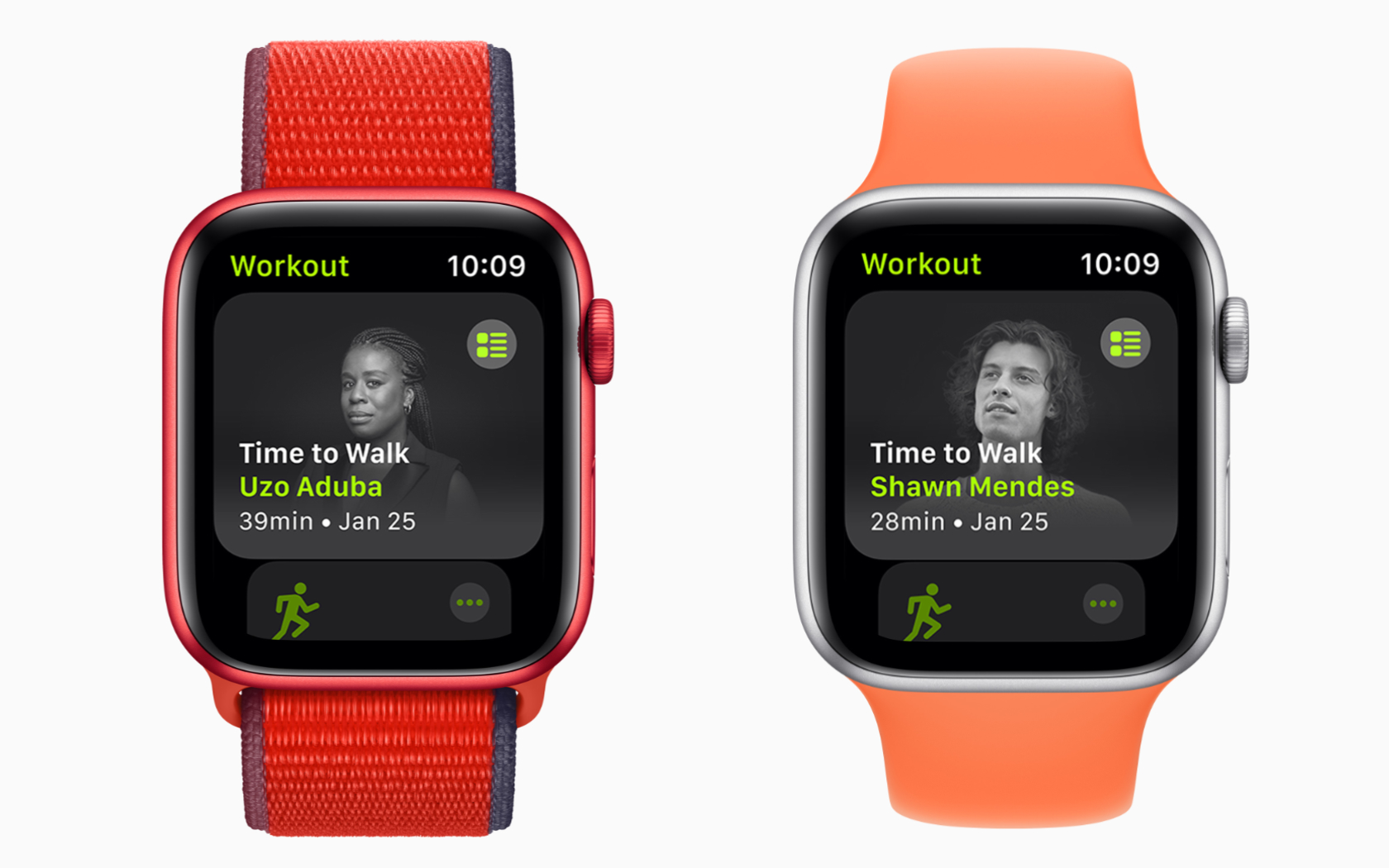 At launch, there’ll be four episodes to choose between. Country music icon Dolly Parton features in one, with musician Shawn Mendes in another. Emmy Award winning star of “Orange is the New Black” Uzo Aduba is the third, and NBA player Draymond Green is the fourth.

Each Time to Walk episode is downloaded to the Apple Watch via WiFi or cellular connection, depending on model. After that, it doesn’t matter if your smartwatch is offline. They’re accessed through the Workout app in watchOS, and once you select one a Walk workout will automatically be started. Wheelchair users will see Time to Push instead, with an Outdoor Wheelchair Walk Pace workout started instead.

New episodes will be added each Monday, Apple says, and users will be able to browse through existing content via the Workout app. Apple says it will run Time to Walk until the end of April.

Apple Fitness+ is currently available in the US, the UK, Australia, Canada, Ireland, and New Zealand. It’s priced at $9.99 per month or $79.99, for up to six family members; alternatively, it’s part of the Apple One Premier plan – along with Apple Music, Apple TV+, Apple Arcade, Apple News+, and 2TB of iCloud storage – for $29.95 per month.